Strange things were happening at Hearte and Symonds. David was involved in some wheeling and dealing that looked fairly suspicious. Or so it seemed to Shirley, who arrived back and took up her job in the office. And Christine wasn't unaware of the tensions. Her hopes of pregnancy had come to nothing and she was seeking consolation in the sherry bottle.

Ken was getting fed up with the bakery. It was old, and another health scare had caused yet another closure. He decided to sell out. The buyer, Mrs Perkins, left much to be desired, according to Maggie and Mrs Featherstone.

Finding a job at his age wasn't easy though. Experiments with hair dye and lying about his age got him nowhere. Dot decided to sell her shares in Hearte and Symonds and invest in a new business. She also took Ken up to Taupo to see Stephanie, Alice and her father.

While they were away Hearte and Symonds went bankrupt. The company had overextended, and when a Malaysian deal fell through, they went into receivership. Pop rushed down to Wellington, bought back Dot's shares and returned the business to the small joinery firm it was originally. David resigned and joined the others in Taupo for a few days. He saved Alice from falling into a hot pool, but fell in himself and was badly burned.

Mrs Featherstone and her new boss, Mrs Perkins, were fast becoming arch enemies. It was with great relief that Mrs Featherstone heard that Dot had bought a new house and bakery in a shopping mall. "Much cleaner, and closer to the bus stop," in her opinion.

Jerry, too, had been up to some business tricks. He managed to sell Pete's van for him. Pete was having financial problems, as usual. So Jerry sold the van - and kept back some of the money for himself. He put this on a horse, which won, and the resulting row with his sister Lorraine, could have been heard for miles around.

He swore that wasn't the reason he went back to England to visit his mother, but Lorraine always wondered. She certainly knew where the fare came from.

Madeleine found the novel Don had written and took it to a publisher. Don pretended to be annoyed, but it was with secret glee at the thought of becoming a famous novelist that he took off to the Chatham Islands to cover a story on the territorials. Alex, who was involved in the exercise, fell in love with the Chathams, and went back there to live.

Pip Osborn-Standish, Madeleine daughter, arrived for a visit and Madeleine was delighted to learn that she was to become a grandmother. She was so happy that she found extra compassion for a remorseful Pete, whose estranged wife, Patti, had died.

Gayle was back at school, sitting her U.E. Noah Forbes was one of her teachers. He pushed the relationship past acceptable limits and was forced to resign.

Don's disappointment in having his book rejected was tempered by the arrival home of his daughter, Lyddie, from England. She and Stephanie started a creche together, and Lyddie became very attached to Jerry, who'd returned to the Princess.

Romance was in the air. Riki and Maggie married quietly and settled down. Jerry and Lyddie were less settled. Jerry was a jealous man, and Lyddie came back from a weekend in Queenstown determined to end the affair.

It was around this time that Do was asked to support one of the other councillors, Dick Henty, in his bid for mayoralty. She agreed, and started working on his campaign. But David was worried about this, suspecting Henty of drug-dealing. This was pooh-poohed by Dot of course and she went off to a seminar in Christchurch with Henty.

She'd just arrived there when Stephanie rang to say that Ken was in hospital. A splinter of glass which had lain in his body since a car accident several years earlier, a worked its way into his brain Length treatment meant he only return home just bet Christmas.

It was a Christmas of goodbyes. David and Christine left for England, closely followed by Jerr' 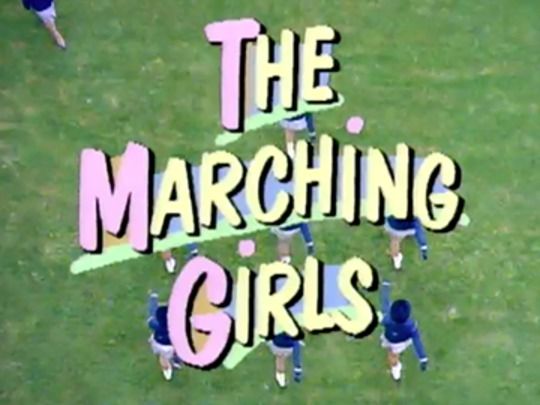