Dot wriggled out of the drug dealing case with Dick Henty. She was left with nothing worse than a bad attack of embarrassment. Ken assured her that something else would happen to swing the attention in other directions, and that certainly didn't take too long.

Riki and Maggie's somewhat stormy marriage settled a little when they found out she was pregnant. But Maggie was hit by a car, and though she wasn't badly hurt, she lost the baby.

People were still talking about Dot and her drug-smuggling colleague, but Ken's prediction was accurate. It wasn't long before everyone was involved in something even more embarrassing. Gayle, with a clear and cynical teenage eye, had written a poem about her family and friends. She never intended it to be used as the lyric for a pop song and when it was, the ensuing publicity hit Hal Mulholland and Shirley very hard. Few of the others escaped without red faces.

Stephanie set off round the world on a yacht, with yet another man, and Alice was left with Dot and Ken. More accurately with Dot, since Ken was in the middle of plans for expansion. He'd opened a factory and had dreams of becoming a millionaire from the proceeds of his new culinary delight, the Big Cheese. But Ken wasn't a good businessman and Dot persuaded him to employ a manager. The arrival of Fleur Chapman took much of the pressure off, and if Dot thought she was a little too attractive, she mostly kept her thoughts to herself.

A shady character called Eddie Meyer started work at the Princess. He was a thoroughly unlikeable type, and Don and Madeleine were worried when Lyddie became involved with him. His subsequent murder in Shirley's flat caused uproar and accusations. Maggie, believing Riki was responsible, confessed to the murder herself. She broke down under questioning and eventually needed hospital treatment.

Shirley moved to Auckland, and Lorraine joined Gayle at the flat. It was there, on a long and frightening night, that the real murderer was unmasked.

Madeleine had gone to Canada to see her new grandson, so Don felt he was quite entitled to take a trip on his own. His paper asked him to cover the Welsh rugby tour, almost as a retirement gift, and he leapt at the chance. Dot and Ken planned to accompany him. When the paper finally sent Chris Elsey instead, Don resigned in fury.

Ken and Dot went anyway, taking Alice. Stephanie was to join them in Wales, and so she did, a few days late and rather unexpectedly accompanied by another man. This time it was black American professor, Jake Stone. Ken and Dot were a little taken aback when she said she intended to marry him. They didn't have much time to discuss it however. Back home, Ken's baker had suffered a heart attack, and Ken took the next plane home.

And then trouble really started. He and Fleur Chapman had become romantically involved before he left, and when he returned home alone, they started a full-scale affair. Of course, Dot found out when she came back. And she left him.

Christmas was approaching, and the Pagets weren't speaking. Lorraine had become engaged to another man rather like her brother Jerry, an engaging rogue called Fletcher Martin. Gayle liked Fletch immensely. She had a new boyfriend, Charlie Teko. Shirley didn't approve of him but Gayle didn't like most of Shirley's boyfriends either.

Hal was having drinking problems again. It hadn't been an easy year at the school. He was looking forward to visiting his sister in Australia during the holidays.

What happened, of course, is that the New Year began with tragedy. Hal had been experimenting with welding in the basement of Mrs F's house, and during the New Year party his ineptitude was revealed when he blew up the house. He and Maggie were killed in the explosion and Gayle was badly hurt. 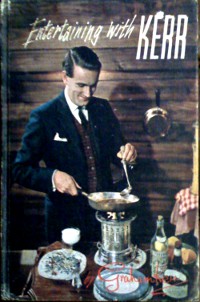