The explosion and Hal's death had a strong affect on Lorraine. She broke off her engagement to Fletcher Martin, sold the Princess and went back to England.

When Gayle was released from hospital, she and Faith Wilson moved into one of Don's flats. Not the happiest arrangement, as it turned out, since Faith took her job as chaperone very seriously, Riki had a new flatmate too, though more by accident than design. Anne Craig, who'd been Maggie's room-mate at the psychiatric hospital moved in with him on a temporary basis which seemed to extend indefinitely.

Trouble seemed to follow Anne wherever she went. She introduced Ken to a man-hating friend of hers, Candy Waiters, and Ken got the worst of the deal.

Dot watched Ken's decline with some horror. She'd decided to get a consortium together to buy the Princess rather than let it go to the breweries. And though everyone was behind her efforts, the money required was more than they could manage.

The arrival of Sean Smith, a smooth young businessman, solved the financial problem, but brought Dot to the brink of an affair. She and Ken finally decided that thirty years of marriage should not be thrown away lightly, and she went back home.

Mrs F flew to Australia to look after her daughter, Ruth, who'd broken her spine. Ruth came back to New Zealand to live with her, and Mrs F was busy househunting.

Gayle had moved in with Riki and Anne and was working at the Paget's shop. Mrs F's return saw her out of a job again, and without much success in finding one. With the aid of Fletcher Martin Mrs F's house hunting was more successful. He found her a suitable house, though not for pure motives. He wanted their flat for him and his son, Scott Newman, who'd arrived from Ohakune. Fletcher, it seemed, had three children and a long-term de facto relationship with Scott's mother, Gloria Newman. He and Scott moved into the flat, and the shock of finding it unfurnished wasn't helped by Anne conning him out of his commission on the house sale to get Mrs F a new washing machine and dryer.

It was election year again, and Madeleine was heavily involved in the National Party campaign. She agreed to stand as a candidate, the culmination of years of work for the party, but fell foul of the ambitions of the electoral chairman. Her humiliation over her defeat was so great that she left the party and then went to Canada to stay with Pip and John for several months.

It was during this time that Don became interested in Ruth Smallfield, Mrs F's daughter. Ruth had been a sportswoman, and was very bitter about being in a wheelchair. Though Mrs F and Faith had major problems with her, Don made her smile. And Don enjoyed her admiration. In Ruth sees he was a famous man which boo ted his bruised ego. They started researching a book on amateur sport .This led them to investigate the mysterious death of John Barradine, a swimmer and politician twenty years earlier. The investigation brought Chris Elsey back onto the scene and provided a romantic interlude for Ruth. It also proved dangerous

Things came to a head when Mrs F and her friends protested about the opening of a new ip just along the road from her new house. Don was never sure whether the truck stopped because he agreed to leave the Barradine story alone, but it seemed the right thing to do.

Fletcher's quiet slum was transformed with the arrival of Gloria. She'd come storming down because Scott was getting involved with Anne, or so he thought, and Fletcher was soon firmly back under the thumb.

Ruth and Gay e opened a flower cart in the mall, involving both their unemployment problems and Anne discovered be vas four months pregnant. There was a mix- up over the identity of the father, both Scott and Fletcher being suspected, but she refused to name the real father.

Pete was homeless when Madeleine returned and ended up at the Paget's, minus the greyhound he bought from Fetcher. Dot drew the line at a greyhound in the house. He wasn't as upset as one might have suspected. He was hopelessly in love with the new' barmaid, Raelene Robinson, and only backed out of marriage a few minutes from the church. 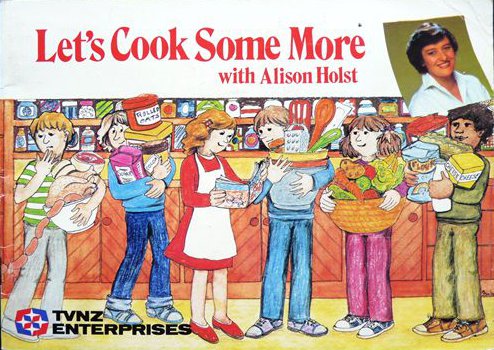