Award winners from the history of New Zealand television production.

According to Clive Court's website he founded the New Zealand Television Workshop and initiated New Zealand's National TV Awards,in order to promote training for New Zealand domestic production. The awards were presented in association with Reckitt Colman (NZ) Llt. The results I've listed here were found in New Zealand Television: The First 25 Years In 2007 I exchanged e-mails with Clive. He confirmed that the original media release announcing the introduction of the Awards was made in August 1963. The original group involved in Wellington was James Wallace, Harry Sharp, Terry Browne, and Clice Close (James, Terry and Clive were working for NZBC Radio at the time). They invited all the TV critics on the daily papers throughout NZ to send in their recommendations for the categories, If they felt the standard of production was not good enough, they allowed No Award. This happend once in the first two years. The designer of the award trophy was Greer Twiss The first awards ceremony was a simple affair at a restaurant in Auckland. The Workshop paid Clive's air fare and accommodation in Auckland to speak at the first awards presentation, And a little later that speech was printed in full on the editorial page of The Stage and Television Today---the British industry weekly. The second was more elaborate and broadcast from 365 in Auckland, Clive missed that one because he had moved to Brisbane, just before A History of Mystery--an hour long show he had written and cast--was broadcast nationally. He never did see that show). There was one "No Award" in 1965. Most of the Workshop's lifespan was quite well documented in the national and local media, so as the NZ publications from the sixties go online Clive hopes that more of this information can be accessed. 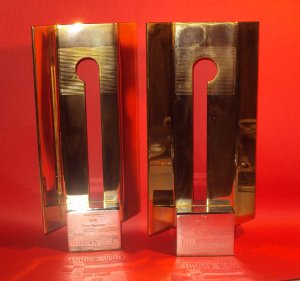 Established in 1970, these annual awards for locally produced television programmes were sponsored by Feltex NZ Ltd, and set up by the New Zealand Television Producers' and Directors' Association (TVPDA). The TVPDA was established mainly to improve professional standards of TV production. Its membership covered all producers and directors working for television in this country, regardless of whether they were directly employed by the NZBC.

Ian Cross, New Zealand novelist, journalist, Listener editor and one-time chairman of the NZBC recalls in his memoir The Unlikely Bureaucrat that he helped establish the awards and brokered Feltex's support for them during the time he worked for them.

The Feltex award itself went through several design changes over its 15 years, from its  beginnings as essentially a big plastic brick,  transforming into a large brass bottle opener as seen in the third image to the right, kindly provided by Roger Gascoigne... Yes, THAT Roger Gascoigne...

The results I list in this section came from New Zealand Television: The First 25 Years by Robert Boyd-Bell.

The Gofta itself was a two foot wide sculptured karaka sprey, designed by Terry Stringer.

The Film Awards and Television Awards used to be run as a joint ceremony until 2000 when they were split into two separate events. 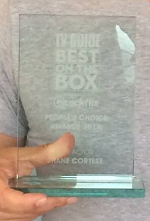 The New Zealand TV Guide organise an annual public poll of its readers on their favourite shows and personalities. There doesn't seem to have been any award ceremony.

Due to lack of sponsorship there was a gap of a few years when there were no awards and the future was uncertain. Then in December 2004 the Screen Directors Guild (SDG) announced their decision to take on the task of creating and running the New Zealand Screen Awards.

The TV awards were held every year, with the film awards being held in alternate years to ensure there were enough films to compete.

2005 also saw the creation of the new Qantas Television Awards (QTA), being administered by the New Zealand Television Broadcasters' Council.

The Screen Directors Guild of New Zealand and the New Zealand Television Broadcasters' Council come together to recognise the best of the best in the New Zealand film and television industry, celebrating achievements in 58 categories. More details can be found at the official website

Formerly known as the Qantas Film and Television Awards, the Awards were renamed in 2011 with a fresh look and a new name that was hoped would better reflect the nature of the Awards

Approximately sixty AFTAs were awarded between the two Awards ceremonies (Craft and Gala). A complete list of award categories and criteria were available at their website.

In 2012 the The Aotearoa Film and Television Awards became the New Zealand Television Awards. With a total of 46 categories contested, the Awards recognised and celebrated the very best of New Zealand’s television industry. As TVNZ decided they would no longer support the awards they were abandoned, to be replaced by a token category in the Rialto Channel New Zealand Film Awards for 2013.

As there were not going to be any Television Awards for 2013 the organizers of the Rialto Channel New Zealand Film Awards created a special award for TV Drama in 2013 to recognise talent who work in both disciplines. The category was awarded in 2014 and 2017. Their award is a statuette of a Moa. 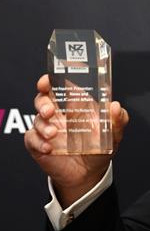 The New Zealand Television Awards recognised excellence in television, and honoured the special skills and unique talents of the companies and individuals who create, produce, and perform in television programmes in New Zealand.

The Awards, held across two ceremonies in Auckland in November 2017, were open to traditional, subscription and - for the first time - digital television platforms. The Craft Awards, which honoured the very best of New Zealand’s technical television expertise, were held on Wednesday 8th November while the Awards Gala ceremony took place at SkyCity Theatre on Thursday 30th November.

“Television consumption methods may be changing at a rapid rate but it’s still all about the content and these Awards give the local industry a chance to take a moment to acknowledge the best of New Zealand television production,” said Kelly Martin.

Bailey Mackey said: “It’s been half a decade since our local TV industry last had an awards ceremony so it’s about time we rectified that and get the chance to honour the best and brightest of the small screen in Aotearoa.”

Justine McKay and Andy Dowding of J&A Productions – the driving force behind the Vodafone NZ Music Awards - ran all aspects of the awards including entry administration and event management. An anonymous judging pool of 90 people had been enlisted from within New Zealand’s screen and media industries to judge the Awards categories.

The trophies given out at the ceremony look like a chunky electric razor made out of clear plastic. 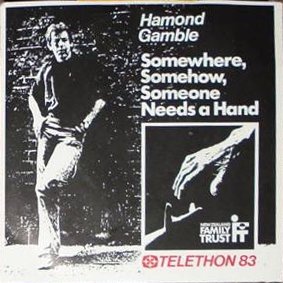