How many New Zealand archival TV shows have been digitally preserved?

Figures released record that the number of items from the TVNZ Archive digitally preserved between 2014 and 2018 were:

The source of above figures was a response to an Official Information request in 2017.

From 2019 Ngā Taonga Sound & Vision annual reports have recorded the number of new titles digitally preserved as a key metric of its activities.

TVNZ archive titles would be a subset of these figures, and as that material has often be categorised as "at risk" we might safely assume that they make up a majority of titles being preserved each year but the figures above don't exactly instil confidence that the project known as Utaina to have 200,000 tapes digitalised by 2025 is going to plan.

According to the Ngā Taonga Sound & Vision Annual Report from 2021-23 progress is being made with 589 Items successfully digitised;

This past year has been a significant one for Utaina, the mass media digitisation project aiming to preserve more than 350,000 precious sound and video recordings by 2025. Together with the National Library of New Zealand and Archives New Zealand, we signed an agreement with international archiving specialist, Memnon, to undertake our digital preservation. Memnon has nearly 20 years’ experience in the large-scale digitisation of audio and video assets for libraries, universities, broadcasters, museums, and government organisations around the world.

he contract with Memnon will bring 15 to 20 new jobs for New Zealanders, with Memnon setting up its operations in the former Avalon Studios in Lower Hutt, Wellington, about 100 metres away from our Motutawa office. The Memnon team was formally welcomed to New Zealand with a whakawhanaungatanga in early May.

We have made improvements to our Motutawa office for the first time since Television New Zealand stopped using them as a production library office in 2014-2015.

We have made considerable progress in preparing our collections and collections data for movement between Motutawa and Memnon. We care for approximately 350,000 original audiovisual items in various formats that will be digitised, so this has been a significant undertaking.

There are currently 12 people in the Utaina team, but this is expected to grow as the preservation work gets underway in earnest in the second half of 2022. We are also collaborating with the National Archives of the Cook Islands to digitise their at-risk magnetic material. In May, the first shipment of physical items for the Proof of Concept for Utaina was delivered to Memnon’s Avalon site. Many tonnes of archival equipment was shipped from overseas and was made up of the first four format types: Betacam, Sepmag, ORT (Open Reel Tape) and 1-inch.

Utaina is an example of how Ngā Taonga, the National Library of New Zealand and Archives New Zealand collaborate around archival work such as quality control and standard file types, as well as sharing professional knowledge. In the future, we hope to gain a better understanding of each other’s collections, and discover ways to share models, infrastructure, and metadata to contribute to a dispersed national audiovisual collection.

Name the Mystery actress and show 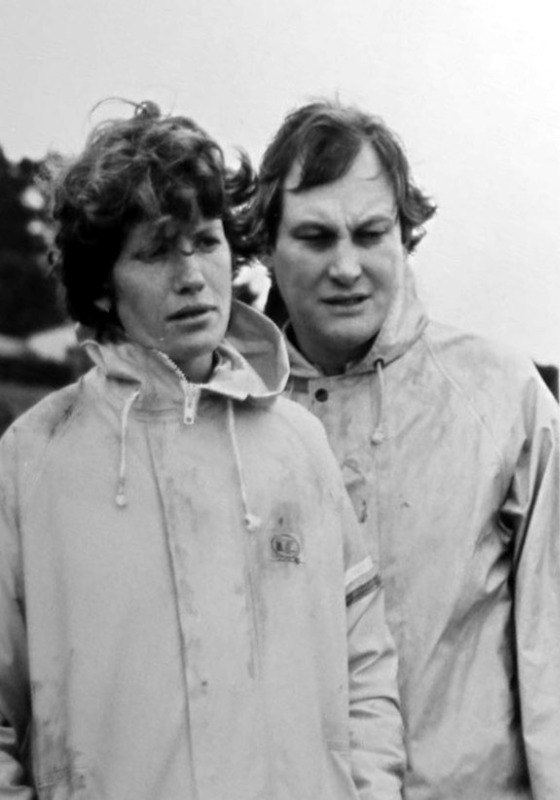 Can you put a name to the actor alongside Sean Duffy, and identify the show. My guess is this is a scene from Mortimer's Patch, but I can't be sure.

Due to upgrade issues the comments facility isn't working at the moment so until I can get it fixed you'll need to contact me via email:

Police documentary featuring a murder in Waimate in 1967?

Lynda is trying to find a show she watched which featured a retelling of the murder of 17 year old girl named Gillian Thompson from Waimate, by John Ramsay. I thought it might have been an episode of Epitaph, but I can't see it in any list of episodes; can anyone help track the show down?

The addition of late 20th century issues of the Christchurch Press at Papers Past continues. I've noticed that more issues up to the end of 1979 have appeared during 2022, building on the first batch up to 1961 made available the previous year.  Daily listings seem to start from a few days after the first broadcast, but if you hunt around there is mention of earlier screenings and the first official broadcasts including...

Visitor Cory has a request:

I came across your website accidently and was very impressed with the amount of shows that you have in the list and also the amount of shows that good old NZ have made....I have been trying to find a NZ show that was on tv years ago...it was called Spin A Yarn and was only about 20 minutes long.   It features Bruce Allpress and he pretty much told a story to the camera... and it had other actors acting out the story he was telling.   Only myself and a couple of friends remember this show and we can't find it anywhere online or on youtube.  Can you remember this show or does it ring any bells.

Can't say it rings any bells, and I can't find any mention of a show by this name so it might have another. If you can help leave a comments.

The folks at the UKTV focused Mausoleum Club Forum were chatting about where copies of old UK TV shows might be hiding in archives around the world and how to find out what screened in particular countries. I gave them my suggestions for New Zealand as follows:

Archives:
ngataonga.org.nz - New Zealand’s audiovisual archive. Their purpose is to collect, care for and share the audiovisual Taonga (treasure, anything prized) of Aotearoa. They have stewardship of the Television New Zealand video archives which might include a bit of UK material but probably not a lot. Check out the Status of the collection.

Schedules
The Listener was the publication of record for NZ TV broadcasts for most of 20th century. From an archival television perspective their website has always sucked, and the situation is even worse in the aftermath of their temporary closure and sale in 2020/21. As far as I know no one has any plan to digitize back issues so any research on screenings needs to be with hard copies in a library. Pre covid I used the Auckland (NZ) Library collection, and which I lived in Christchurch I would  refer to the University of Canterbury's set. There are some collections of the Listener in the UK llas.ac.uk/resources/ including the University of Edinburgh: discovered.ed.ac.uk.

There are plans in place to add editions of The Christchurch Press up to 1995 to the National Library’s Papers Past website over the next two years, which will help when researching screenings as The Press usually ran daily listings along with some reviews and promotional articles/interviews.

I "borrow" any scans of schedules I happen across on the inter-webs and put them here: TV listings through the years 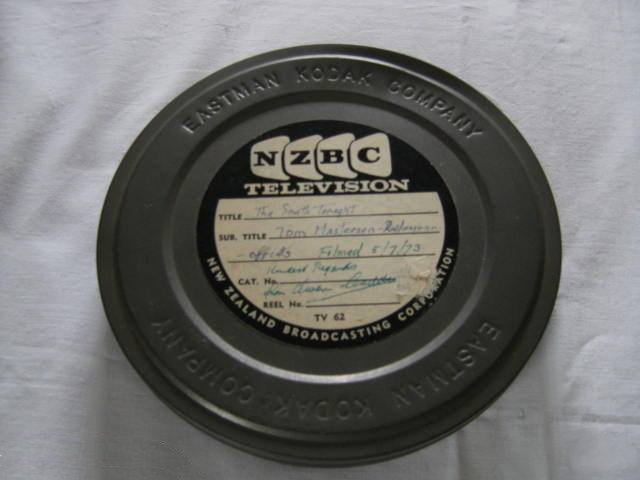