Check out this brief report about the move of Nga Taonga Sound & Vision to it's new headquarters at the National Library in Wellington. It includes discussion of the task of digital preservation of the physical media they hold.

Lynn Freemen chatted with Acting Chief Executive Honiana Love who very diplomatically expressed concern regarding the lifespan of the betacam material from the original TVNZ archive and playback equipment used to view it. The Archive's repeated requests for more funding to speed up the preservation of the collection had been declined to date, which didn't bode well for the future of our nation's broadcast heritage.

Sadly there seems to be no commercial drive to make anything more than a pinch of New Zealand television heritage available for the public, even after the TVNZ Amendment Act (2011) was supposed to have made it easier to deal with the process for compensatory payments to talent, which at the time was seen as a hurdle to commercial exploitation of the shows. A couple of years later guardianship of the TVNZ archive was transferred from TVNZ to the Ministry for Culture and Heritage - perhaps an admission that fees to talent weren't the big problem holding back access and exploitation of the archives after all. Thus an underfunded government department was tasked to do what it could with the collection. Progress weren't going well in 2017 and from this report is doesn't sound like there's been any great improvement in the last two years.

The deadline of 2025 to get the 200,000 tapes digitalised referred to by Honiana Love in the report is a stark one, as the reality is the tapes will by then likely to have become unplayable and the material lost forever, Sadly it seems without some focused thinking from our politicians this tragic loss is inevitable so it was pleasing to see the government allocating more funds to the project in the 2020 budget. 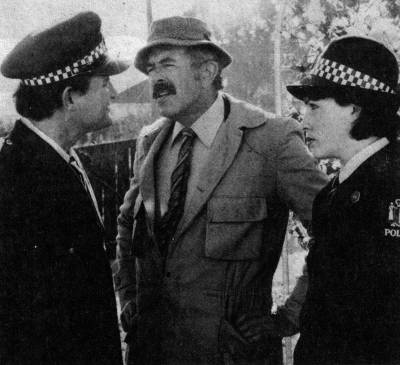