TV listings through the years

Let's see how a day's TV has changed over the years... 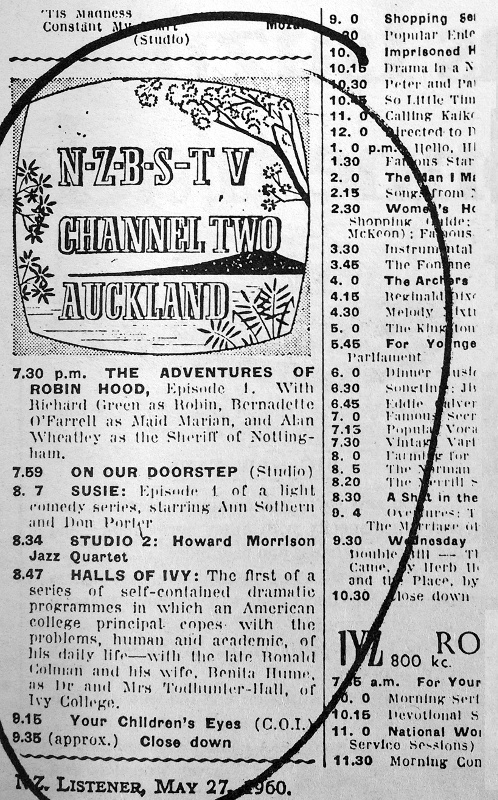 Regular TV entertainment in New Zealand began with a weekly two-hour transmission on Auckland's Channel Two. The programmes shown during that first broadcast, however, were not those listed in the Listener. After the May 27th issue went to press, NZBC-TV replaced Halls of Ivy with The Four Just Men and the comedy Susie was held out.

FOUR new locally-produced programmes have been introduced to Channel 2 viewers this week. Their appearance coincided with the extension of transmission hours, which now enables the station to provide a five-nights-a- week (Monday to Friday inclusive) schedule. The new local shows are Tonight, Sportsroom, Puppet Playhouse, and Looking at Pictures). Two other programmes, the interview session On Our Doorstep and the panel game Two to Win have been withdrawn.

An unknown continuity announcer Alma Johnson previews the evenings viewing on AKTV2 just before the final episode of that year's Dancing Time. 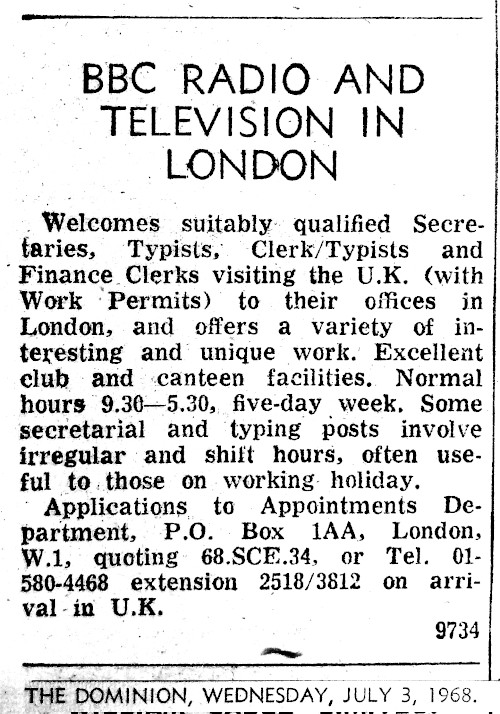