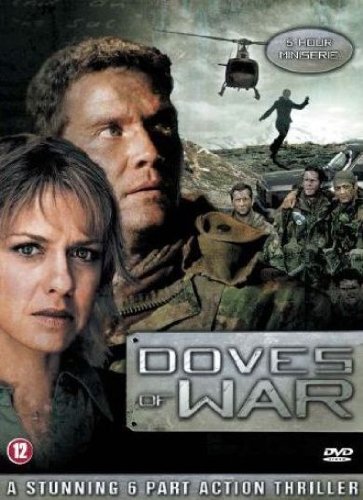 A political thriller in the form of a six hour mini-series centred on ex-army sergeant Lucas Crichton and war crimes prosecutor Sophie Morgan.

The discovery of a mass grave in Bosnia, precipitated by a media leak in London, sends Lucas on the track of the disparate band of men who once served under him, now scattered throughout New Zealand, whose only remaining common bond is their shared experience of a horror in Bosnia – and the maintenance of the secret of what happened during that twenty four hours a decade ago.

When Lucas reappears in the lives of his former squaddies, he comes like a spectre from a past most of them seem desperate to forget. Because now they’re successful businessmen, restaurateurs, policemen, criminals and social misfits – burying themselves in the present to avoid the threats of that past.

At the UN War Crimes Tribunal in the Hague, the revelations of the grave sends shock waves through the public trials of Serbian criminals, opening up a career-making opportunity for young prosecutor Sophie Morgan, precipitating her half way across the world. On the trail of – Lucas, tracking down his comrades one by one – only to find that the truths of the present outweigh the shared sins of the past.

His quest takes him through the restaurants and up-market addresses of Auckland, down into the nightclubs of Wellington, and into the dense bush of the South Island’s West Coast, and beyond. Into the mountains around Queenstown, and on down into Dunedin, where the unravelling threads of this shared past finally begin to make sense. And as the climax of this story is played out in the vast back country of Central Otago, Lucas the hunter becomes the hunted; Sophie discovers what really happened in Bosnia.

And while Lucas finds that betrayal and redemption live in close proximity, Sophie finds that knowing the truth means sharing the secret.

And both learn that love can be found in the most surprising places.