Dimity Rush is in a hurry - to reconnect with an upbeat inner city vibe, by first escaping the lifestyle block in Kumeu where she has been marooned with her family for seven years. Ponsonby becomes the battleground as Dimity fixates on acquiring not only a done-up villa for her family, but also the neighbouring property on Ginger Street as an investment. Her neighbour (and nemesis), Arthur Short, has lived over the fence in his rundown rental for 20 years, bringing up his two teenage daughters with his ex-streetkid wife Sharon, who has just left him for a woman. Arthur knows that Dimity will be the ruin of everything he stands for, and he summons every weapon in his armoury to resist her advance. Over the course of a heated summer, old Ponsonby fights new, as Dimity and Arthur battle for the soul of Ginger Street, and the futures of their families and livelihoods. A satire of social ambitions and territorial strategies, Rude Awakenings introduces a cast of entertaining characters as it checks the frenzied pulse of one of New Zealand's most famous suburbs.

EPISODE 2 Speed Wobbles
Dimity’s incensed husband Stuart would give up medicine just because he killed someone, while he can’t believe Dimity’s real estate plans jeopardize their family assets. He takes son Ollie to stay at the home of playboy surgeon Spencer, leaving Dimity to seek comfort in the arms of her personal trainer.

EPISODE 3 Land Grab
Julian insists his parents seek marriage counseling; Stuart won’t come home and Dimity has to be saved from a home invasion by Arthur, which infuriates her; she resolves to fi nally outbid him by wangling a huge loan from her admiring boss John.

EPISODE 4 Battleground
Dimity Rush’s plans for the conquest of Ginger Street are in full swing. But when Arthur Short gets an eviction letter on his birthday from his new landlord, Dimity, his girls Amber and Constance are spurred into desperate action to save their home.

EPISODE 5 Burn Time
Dimity’s tug-of-war with Arthur leads to a disastrous massage from Bonnie’s husband. Constance is disciplined for spying by her mum’s girlfriend but Arthur sees red. And a frightening roadside encounter on Amber’s dance tour heralds catastrophe.

EPISODE 6 A Big Kick
Dimity’s financial master plan is in tatters after their unsold rural house burnt down, she’s repulsed to hear that Julian’s life was saved – by Arthur, her nemesis. Bonnie lives in terror awaiting the moment when Dimity figures out just how guilty she is.

EPISODE 7 Deadlines and Lifelines
When Dimity gets 24 hours from the bank to pay the mortgage or lose both houses she vents her stress at Stuart, but a dying friend’s visit throws her crazed behaviour into focus; Julian, weirded-out by his parents and desperate to win back Amber, seeks refuge next door with Arthur.

EPISODE 8 Restorative Justice
Dimity, facing the loss of her own home, has a mystical vision of her destiny, with dire results for Bonnie. Amber’s affair with a journalist explodes when he publishes her family’s secrets, devastating her mum Sharon and Arthur makes a terrible bargain to keep his family together.

EPISODE 9 Who Loves You, Baby?
Dimity saves her Ponsonby villa from the bank only when the sale of Bonnie’s home frees up the cash. Stuart helps Amber face the consequences of her reckless personal life, while Constance goes undercover to dig up information that leaves her shocked and frightened.

EPISODE 10 Ready or Not
Stuart is horrified that Dimity’s book features sexed-up tales of their love life, while she goes ballistic hearing that Amber carries Julian’s child. Constance, in emotional freefall after the news that Arthur is not her dad, recovers her wits to blackmail Ralph for critical information. 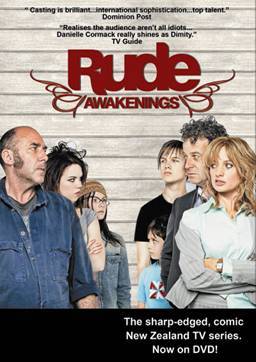 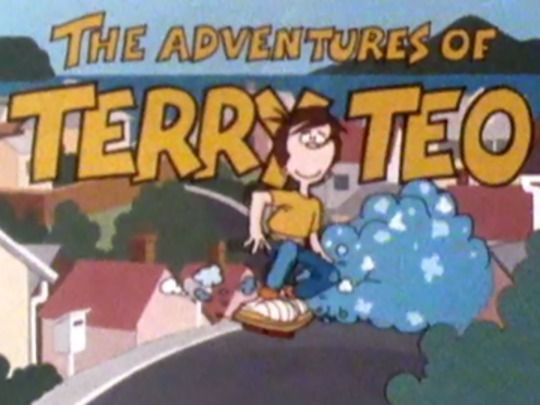