The awards launched in 1965 and were the forerunner of the New Zealand Music Awards. It was created by the advertising agency of British multi-national company Reckitt & Colman, with support from the New Zealand Broadcasting Corporation (NZBC), the New Zealand Federation of Phonographic Industries and the Australasian Performing Right Association (APRA), with the awards named after Reckitt & Colman's anti-dandruff shampoo, Loxene.

10 finalist songs (later 12) were selected annually by a panel, with the winner decided by a public vote. While initially only one prize was given, other awards were added, including categories for record cover, recording artist of the year, and a producer award. From 1969, two awards were given - one to a solo artist, the other to a group however there was still one supreme award.

The first Golden Discs ceremony was broadcast on radio, live from the White Heron Lodge in Wellington on 25 November 1965. An earlier television programme featured the 10 finalists performing their songs live in studio.

The 1966 award was again held at the White Heron Lodge in Wellington, on 9 November 1966. The event was broadcast live on radio. The night before, the finalist performed on an hour-long television special.

The awards were held for the final time at the White Heron Lodge on 4 November 1967. A television programme previewing the 10 finalists screened two days before the ceremony. Instead of the studio performances of previous years, the show used video clips of the artists performing their songs.

In 1968 the awards ceremony moved to Auckland, with the Golden Disc presented at the Intercontinental Hot on 7 November 1968. The awards also included a Cover of The Year award, but there is no record of who won this. The award were broadcast live on television and simulcast on NZBC radio stations.

The TV broadcast of the awards got some bad reviews

Not clear if they got broadcast....

Information "borrowed" from Wikipedia and audioculture 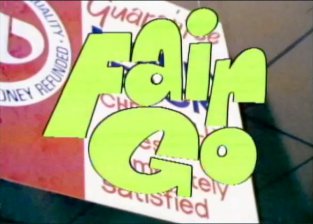