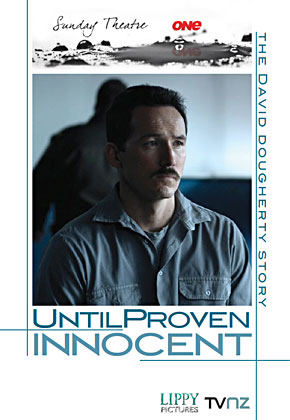 feature length television film based on the true story of David Dougherty who in 1992 was found guilty and imprisoned for the abduction, sexual violation and rape of an 11 year old girl.

It took two trials, two high court appeals, a petition to the Governor General and 4 years, 6 months and 1 week in prison before David finally won his freedom and was pardoned of the crime he didn’t commit.

The Dougherty case highlights serious issues surrounding DNA evidence during the early 1990s. Murray Gibson, Arie Guerson and Donna Chisholm (a lawyer, a scientist and a journalist) each took on the Dougherty case because they were consumed with unease about the facts. Unease turned to concern, concern to outrage, and outrage to obsession as they encountered obstacle after obstacle in their crusade to overturn the conviction. Because all that time that David was struggling to prove his innocence, the real rapist was on the loose. In fact, while David Dougherty was in prison serving his sentence, the real offender, Nicholas Reekie, abducted two children, and raped at least two other women.

Because of the efforts of Gibson, Guerson and Chisholm, on the 15th April 1997 the jury finally pronounced David Dougherty “Not Guilty”. And in February 2002, Nicholas Reekie was convicted, for the crime David had served the sentence for.

Until Proven Innocent was nominated for 10 separate awards at the Qantas Film and Television Awards 2009, winning five categories, including Best Drama.

Appears to be available to stream via Amazon in some regions.