The Goodnight Kiwi, later also called TV Kiwi, is a character in an animated short which has been used to signal the end of nightly broadcasts on Television New Zealand channels.

A later version added an assent of a broadcasting mast with the TV Kiwi and Cat going to sleep in a satellite dish. This version was used on Television One and Television Two between 1981 with its last screening on October 19, 1994, before TV2 began 24-hour broadcasting.

This animation returned on 6 September 2007 for use on TVNZ 6 when the channel ended transmission at midnight.

The Goodnight Kiwi's companion is simply known as The Cat. 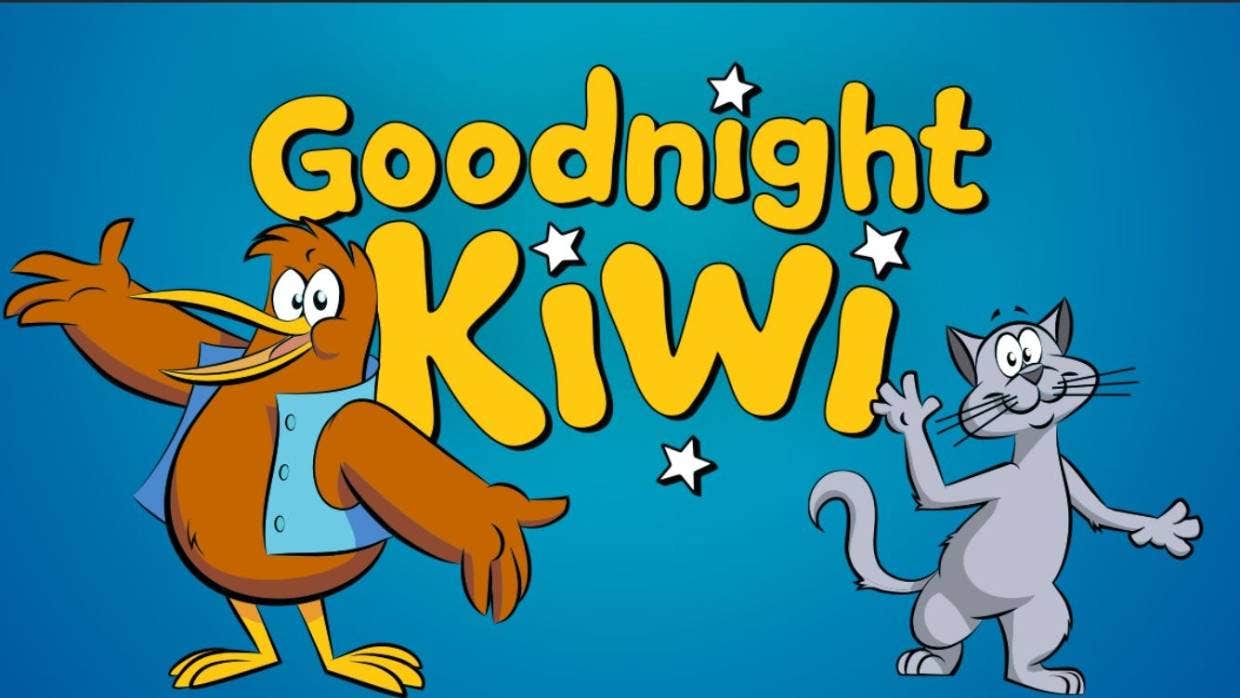 During transmission breakdowns, a still picture of the Goodnight Kiwi was often used, in poses including one of sweeping the floor and accidentally pulling out a power cord.

There has been a wide range of memorabilia  based on the characters including stickers, a clock, a kids magazine, toiletries, towels, a line of jewelry, and t-shirts: 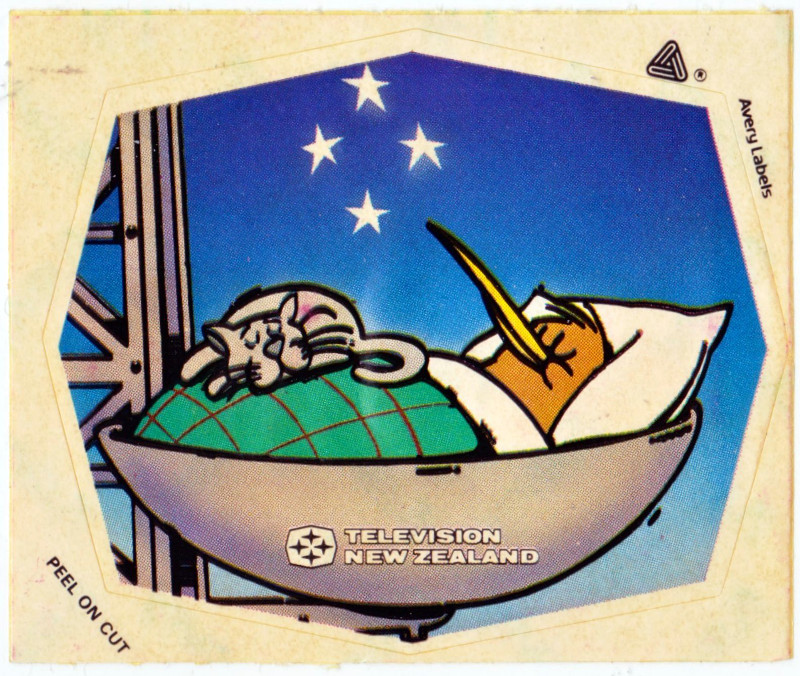 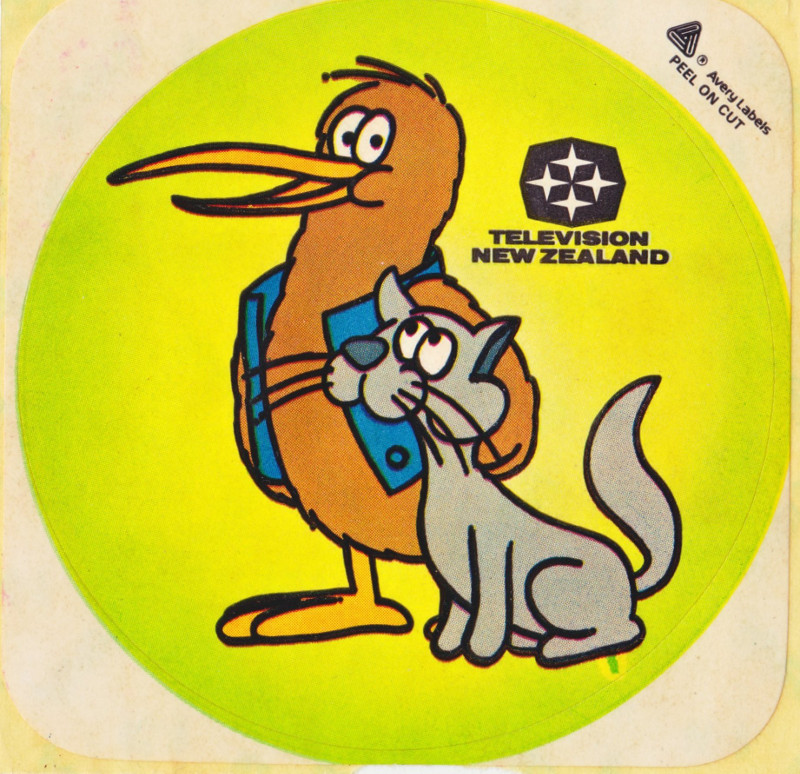 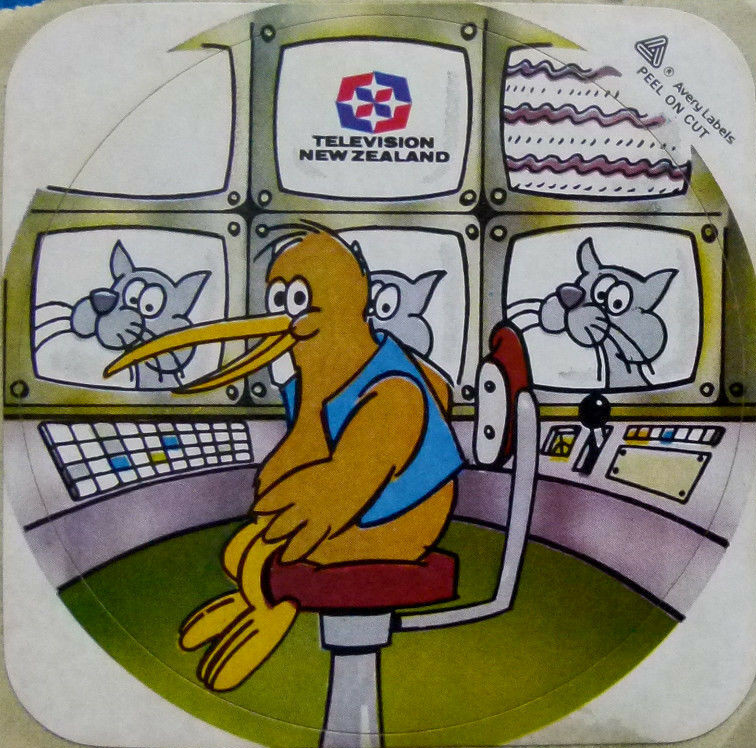 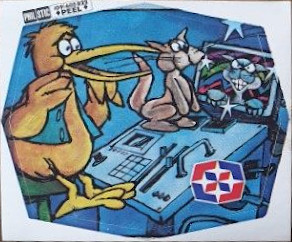 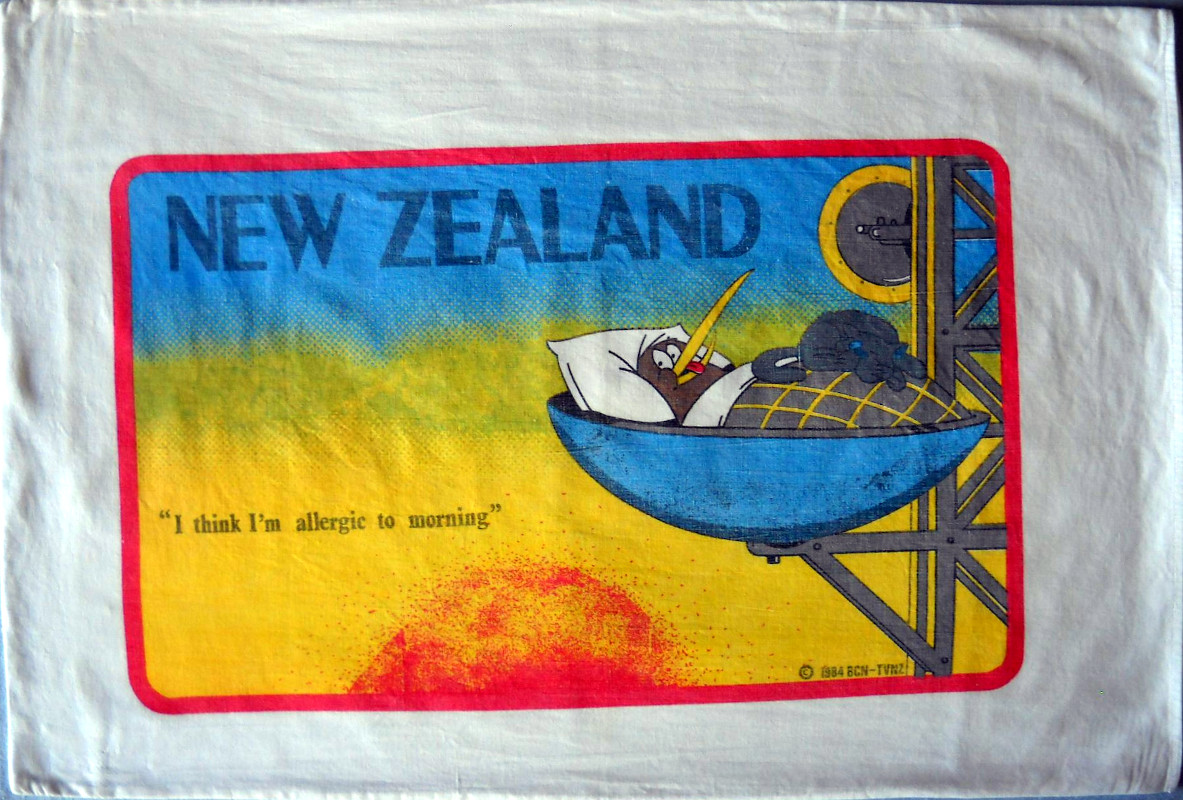 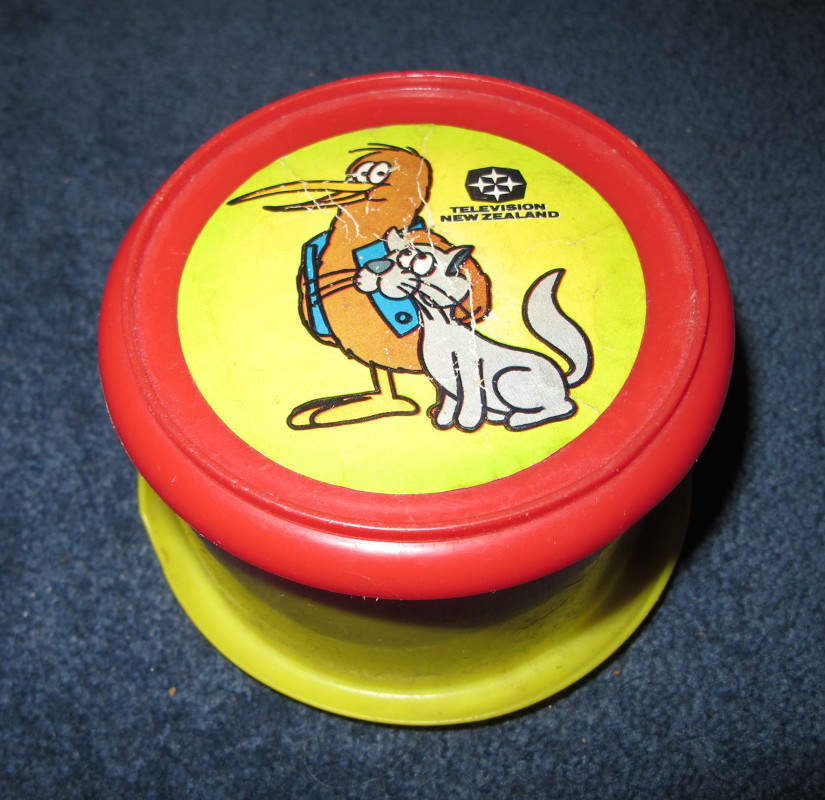 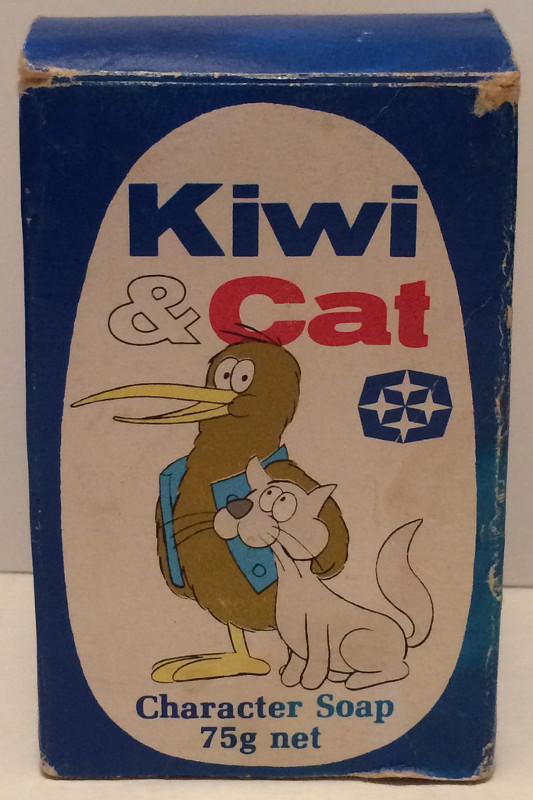 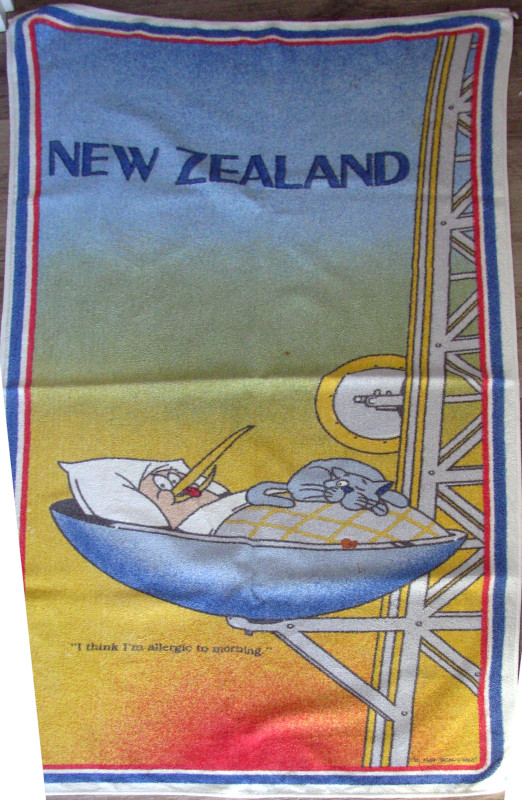 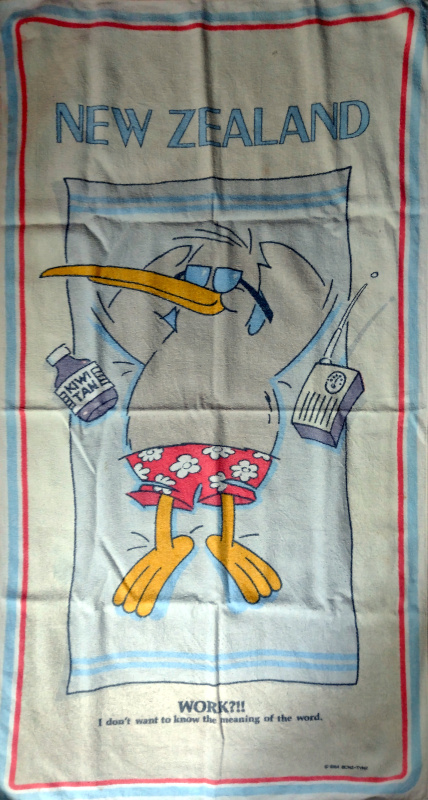 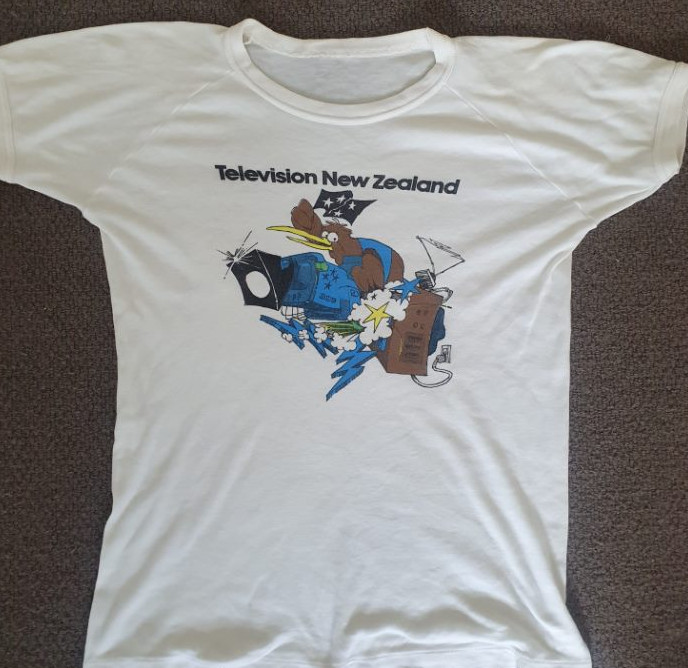 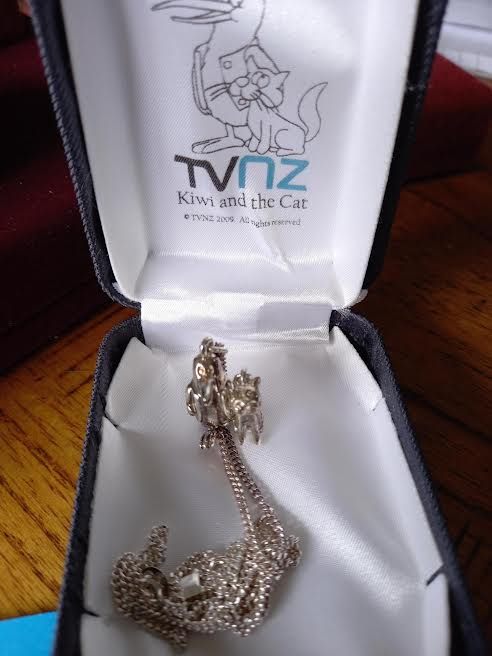 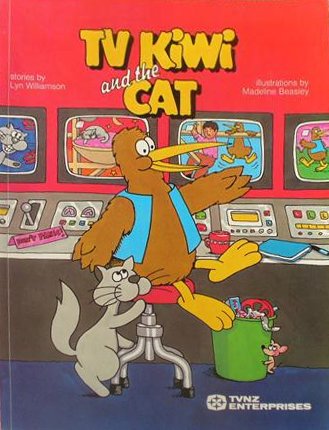 Supposedly there were also soft toys and a puppet show based on the characters. 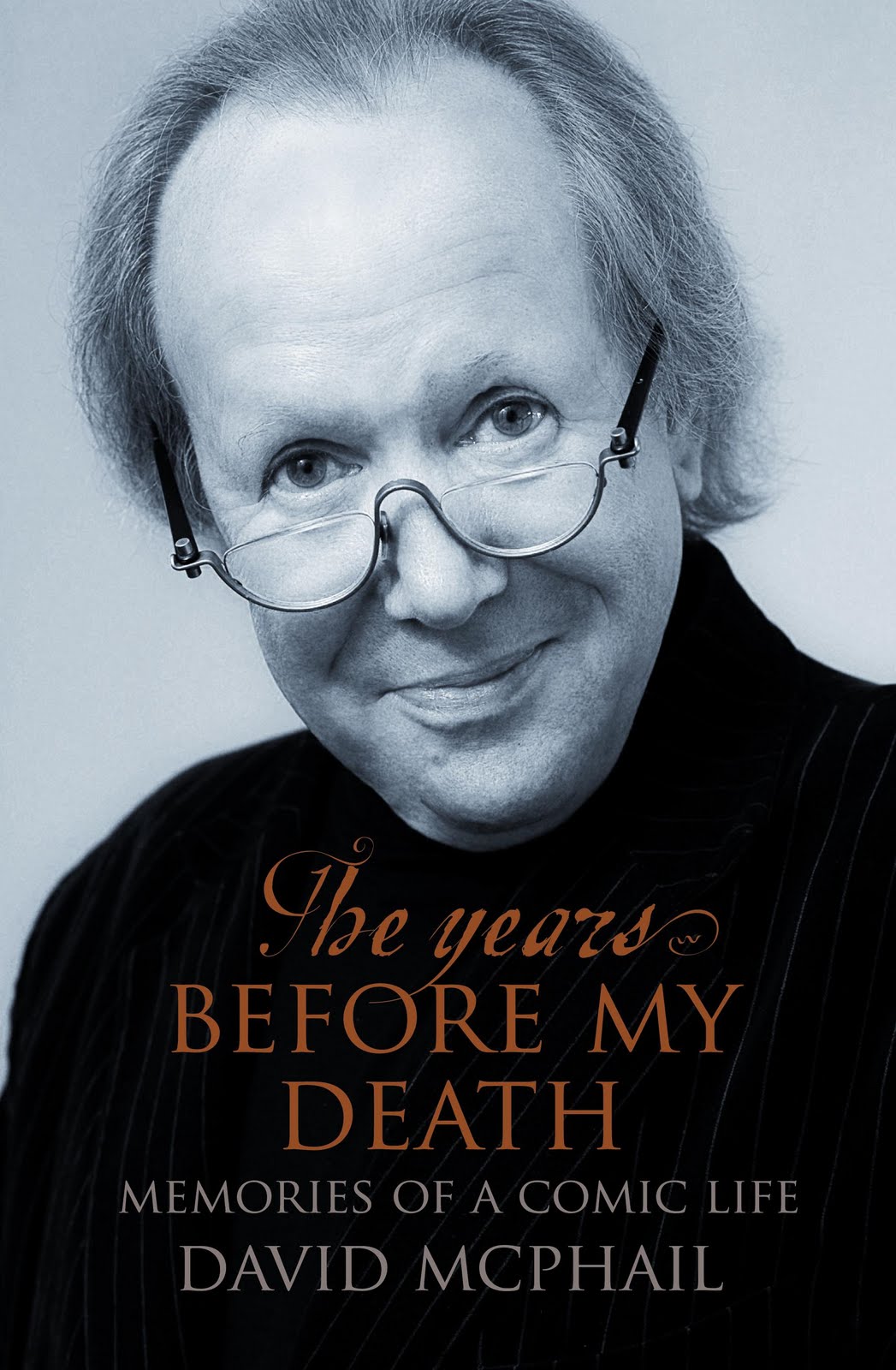