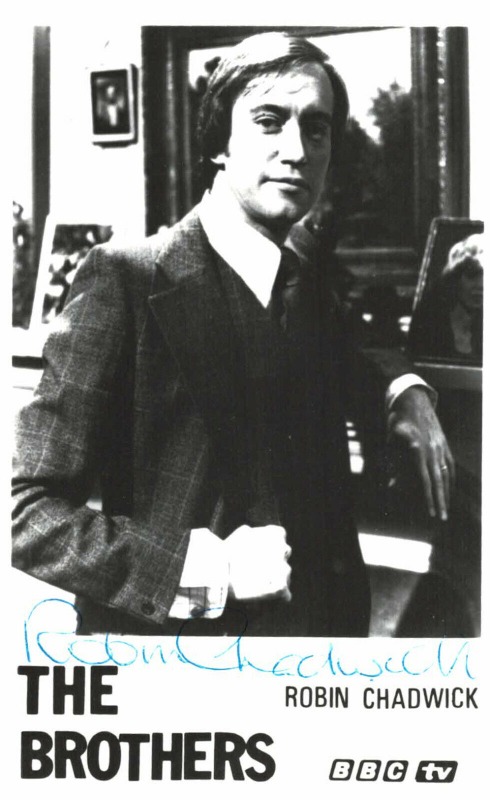 Watching little brother of all the brothers in The Brothers David Hammond has the flashiest and most glamorous back-ground. University education, fast cars and women. a bit of a devil trying to settle down and take responsibility. Even though he's married now, there's always the chance that he could blow it — and his wife Jill's money — for the sake of a glance from another bold pair of female eyes.

Robin Chadwick who plays the part was born in Whakatane. Acting was in the family—his father had been on the radio and took part in stage drama—and there were often theatrical people staying at his home. To put himself through university in New Zealand, he did all the usual kiwi lurks, like working on the wharves and in the woolsheds at night. He was an audit clerk for a short time but became serious about acting in 1962 and gave np thoughts of the safe nine-to-five life.

After winning an acting scholarship be went to England, just at the time when Philip Dudley. who directs The Brothers, was casting around for someone to play David. Robin was sure he did not fill the bill as a "tear-away type", like David was at the beginning of the first series, but Dudley insisted. Since then, Chadwick has become inseparable from David and even seems to have developed a "family" likeness to the mother, Mary Hammond — same long nose and haughty stare.

At 35 he looks younger and puts it down to keeping fit, especially with Kendo, a kind of fencing involving a samurai-style sword. Apparently he looks fearsome when he's warmed up. Like David, Robin was married recently, to an American girl who is also in the business as a stage manager. Already in his mid-thirties, he's not too keen to think of children, but apparently David and Jill start a family fairly soon in the series. The Chadwicks don't intend to follow The Brothers that closely, he says.