Atlantis High is a comedy melodrama television series for viewers of all ages, filmed in New Zealand and produced by the Cloud 9 Screen Entertainment Group, first broadcast on Channel Five in the UK.

With rumours that Atlantis High school is built on none other than the lost city of Atlantis, the series is full of eccentric characters and themes ranging from superheroes to secret agents, aliens, teenage angst and peer pressure, relationships, family, ‘geeks’ and cosplay, psychic powers, ninjas, mythical creatures, wild conspiracy theories, time travel and so much more.

A humorous look at life as well as the stereotypes of media/television, many characters are obsessed with finding fame and fortune.  Others, including our sixteen year old hero, Giles Gordon, are more preoccupied by the day to day challenges and adventures faced with friends – as well as finding true love (and a spot on the beach) – let alone trying to make sense of all the crazy-goings on and many secrets of Atlantis High…

Available to stream from Amazon and AppleTV in some regions 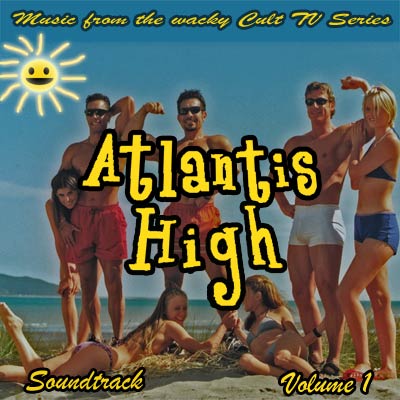