...the NZBC's [comedy revue show] In View of Circumstances had only two scriptwriters - Joe Musaphia and Roger Hall. They wrote the material for the sixty-odd sketches that went into the six-part series and many more that producer Terry Bryan turned down. Joe, in addition, appears in many of them

Though viewer reaction has been uneven, In View of the Circumstances, as a pioneer effort, has broken new ground - and it is to be hoped the NZBC will be encouraged to press on with the development of the Musaphia talent.

In View of the Circumstances had its genesis last November when a short audition programme was started. And then in February and March, the writers, with the producer, got to work on the scripts, and by April taping of the programme began. Four months later the series was completed - and the cast exhausted. It has been a marathon effort behind the scenes.

Joe Musaphia, as one would expect, is an interesting character. He was born in London in 1935 and left there with his family in 1938 to settle in Australia. We lived there until we came to Christchurch in 1946. After eight years there I moved on to Wellington where apart from a couple of years in London I have been ever since.

He began work as an apprentice motor mechanic, then became a truck driver, and did all sorts of labouring jobs. He worked in shops and then turned his hand to commercial art. During this period he draw cartoons which were published in The Listener. He wrote a play Called Free which Richard Campion produced for the New Zealand Theatre Workshop. After that I threw up everything and took up writing.

Without any training? So far, yes - and the eyebrows twitch whimsically.

He has written about 30-odd plays for radio - the only paying market open to him.

I asked him how he and Roger Hall co-operated on In View of the A Circumstances. Actually, each of us submitted our own sketches. The producer selected the ones he thought were best. We might discuss them together, change a few lines, and then let the actors loose on them. I prefer to work on my own. 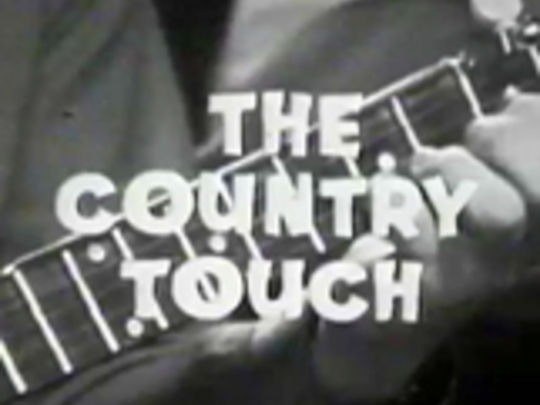