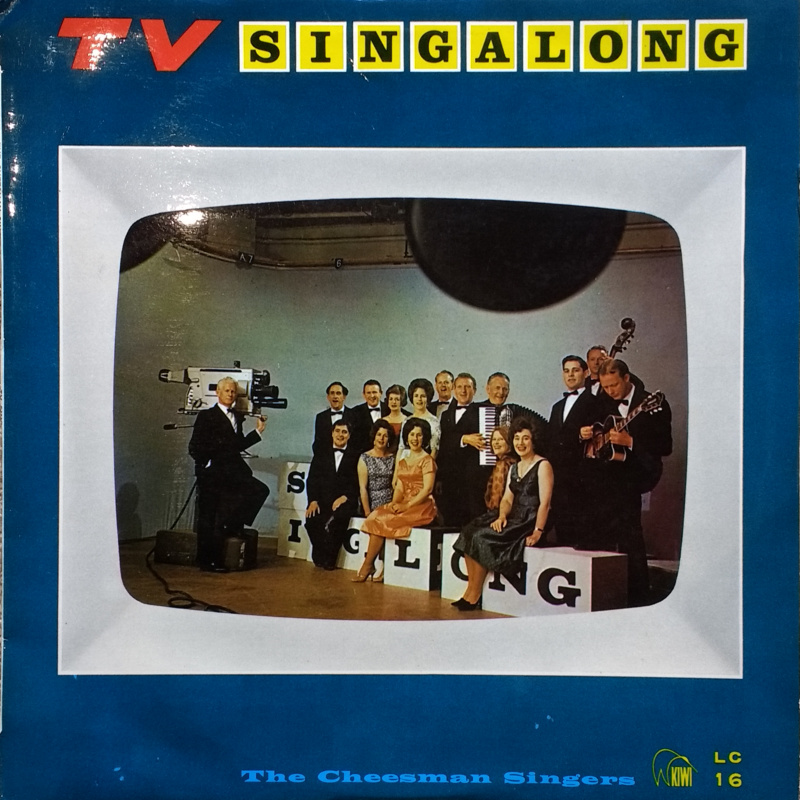 Kiwi Records LC-16, No date on the sleeve or labels but the sleeve notes suggest it dates from 1965/66

Theme tune for the show: Time for a Song

Singalong, one of the most popular programmes with viewers on all New Zealand television channels, is produced in the NZBC Auckland Television Studios. It is notable for the virtuoso singing of the Cheesman Singers and the wide range of songs they present. Oswald Cheesman has carefully chosen his singers from among thee finest available. All soloists in their own right, all good musicians, they have been moulded into an ensemble of great power and versatility.

The Cheesman Singers were formed in 1963. A short series of programmes produced for the NZBC was so successful that a larger, more ambitious series was prepared and presented during 1964. The producer was Ian Watkins, and the sound engineers Don Hamlin and Don Patton. The NZBC arranged a concert tour for the group early in 1965 and has elaborate plans for future programmes. In the Singalong programmes there is something for everyone, from opera to folksongs and popular melodies. From time to time each singer is featured as a soloist, but they are all chiefly concerned to contribute towards the perfection of the ensemble. in this they are inspired by the unusual and colourful quality of Oswald Cheesman's arrangements, vibrant and different without ever obscuring the basic melodies.

Oswald Cheesman is well known .throughout New Zealand as a pianist, composer. arranger, and conductor. He has been a regular guest soloist and conductor with the NZBC Symphony Orchestra, and has conducted the NZBC Concert Orchestra on two New Zealand tours. Other activities include musical direction of the Kiwi Concert Party in the Pacific during the second World War, regular contributions to music in the theatre and on the radio, the formation of several bands and orchestras, and numerous New Zealand tours with visiting artists. He has also studied orchestration, piano, and conducting in London and gained experience in broadcasting methods at the BBC. It has long been his wish to establish and work with a high-class vocal ensemble, and the opportunity to do so came with the advent of TV. He regards the Cheesman Singers as his most satisfying musical venture.

A group of talented artists, well-known individually in the fields of opera, musical comedy oratorio, drama, radio, and TV, these singers have given tremendous pleasure to television viewers throughout the country and to concert audiences during their North Island tour. They themselves derive much satisfaction from working together as an ensemble with Oswald Cheesman Taking part in these recordings are Beryl Dalley, Hazel Millar, Dorothy Hopkins, Doreen Harvey, Patricia Price, Ivy Davis, Cyril Kelleway, Wiliam Dent, Michael McGifford, Roger Creagh, William Johnson, Tony Rex, Frank Brown. Oswald Cheesman is at the piano, and the other instrumentalists are Ray Gunter (guitar) and Bob Ofsoski (string bass). 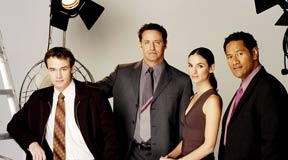