Max and Crunchy are well-established Do Re Max performers who sang and clowned through last years series. In this year’s new series, basically the same format as last time, they are joined by Gordon the Puppet Man. |

In their respective fields of music clowning and puppeteering, these three characters have considerable experience. Max Cryer has been singing since he was a boy soprano in Gilbert and Sullivan performances; Peter Newberry, former weight-lifting champ, first made himself up as Crunchy 15 years ago. And Gordon Forrester has been interested in puppets for over 30 years.

Together with The Children — a group of musical youngsters which fluctuates from year to year — Max, Crunchy and Gordon are the main entertainers of the show.

Max first started workings with a children's group in 1966, during the Auckland Festival. The act had such an impact that they appeared on TV several more times that year. Until then, viewers had identified Max with quiz shows like Top Mark, Top of the Form and Tell the Truth, but he’s an accomplished musician. He held a musical scholarship at university, and has sung at Sadler’s Wells in London. By the time Do Re Max began last year, Max and the Children had recorded four LPs. 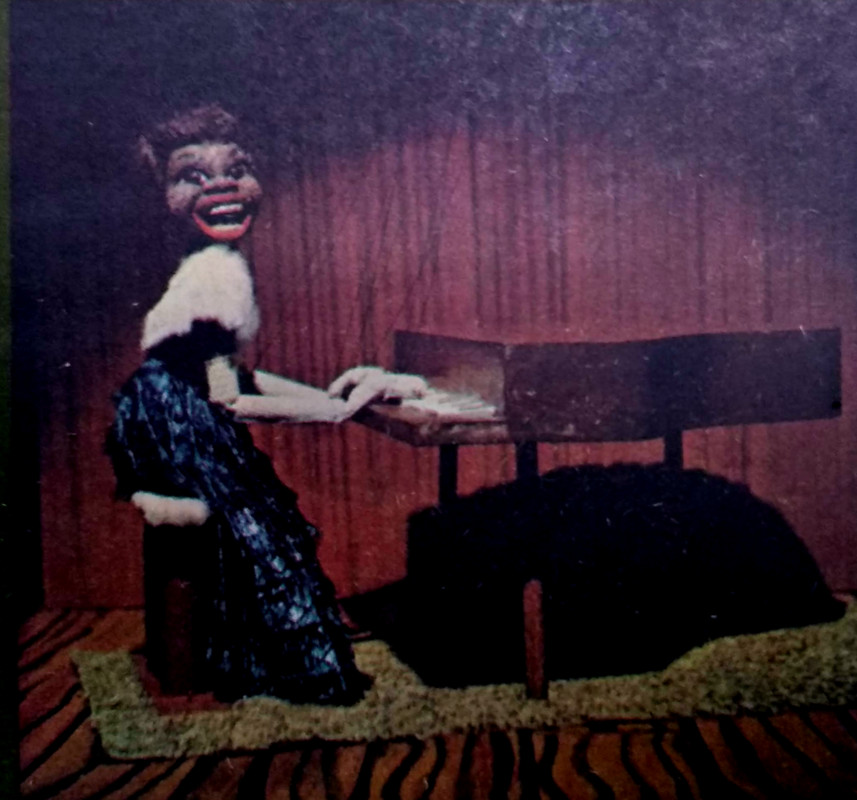 For this year’s series, Max will memorise 73 vocal numbers, teach them to the children, work out the band arrangements for them, and play the piano. He's backed by a second piano off-screen played by Nancy Harrie. A former teacher, Max as performer in New Zealand is associated with children — first in ‘ the quiz shows and now as the man at the piano surrounded by singing youngsters. This image would hardly be recognised in the United | States, where Max spends a lot of his time. He has claimed to be the only New Zealand entertainer to leave this country with an American contract signed and sealed. In the States, he has appeared on “talk” shows — where celebrities chat in front of the cameras — and he has won an American coast-to-coast TV competition, Dating Game, three times. A model or movie star chooses a date from three male guests. Max’s prize this year was to escort American model, Elaine Rapp, to a gala cabaret opening night.

But in Do Re Max it’s Crunchy who steals the show as far as the kids are concerned. Where Max sings and talks, Crunchy is silent —“too shy” to speak. He’s a goofy clown with an inferiority complex, completely disorganised. Corny and dumb. Just the sort of clown- character or fall-guy that appeals to children.

Like Crunchy, Peter Newberry 1s a friendly soul who loves kids, but he doesn’t quite share the clown’s illogical view of life. Crunchy cares little for hard work, carries his lunch in a vacuum-cleaner and dives backwards out of a swimming pool.

Peter is an accomplished acrobat and variety performer who has appeared on many TV shows in different guises, from a rollicking drunken sailor to the man on the flying trapeze (in Kevin Moore’s Music Hall). Producer Michael Scott works with Max and Peter on the Crunchy sequences. They’re meticulously planned from a child's point of view; not too slick or obscure. Crunchy 1s corny — Peter knows this, and recognises the genuine delight Crunchy is greeted with on the set each week.

Gordon the Puppet Man shows on the programme how puppets are made and demonstrates the skills of his own puppet family. He knows all the tricks because he’s been making them since he was a schoolboy. Some of the puppets he uses on the programme are from his original set.

Originally from Dunedin, Gordon has a background in amateur light operatics which comes in useful when he works out song-and-dance routines for his puppets.

Another continuing theme through Do Re Max is an educational series titled People Who Have Made New Zealand, featuring a different historical figure each week.

Here's one of the records released for the show: 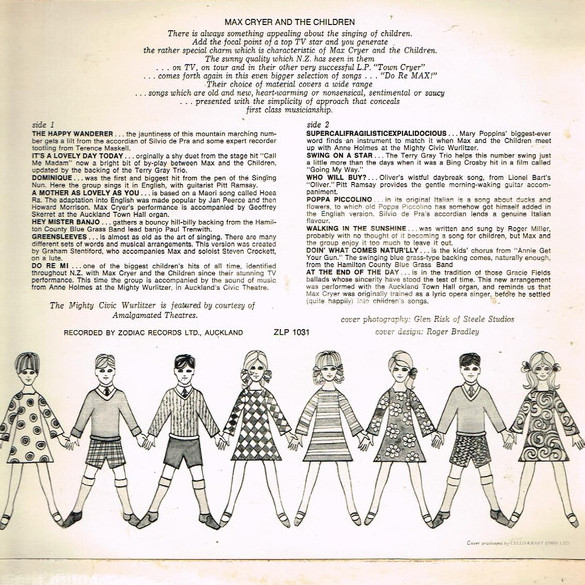 check out your preferred streaming service as it's on a couple.