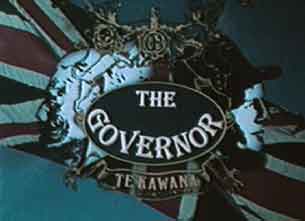 The Television One/NFU series The Governor was a "Six spectacular self contained films for television based on the life and times of Sir George Grey - one time Governor of Australia and South Africa, and the man who became the most powerful force in the making of 19th century New Zealand. At the age of 28, Captain George Grey was handed the Governorship of New Zealand - a beautiful but lawless land, inhabited by natives given to cannibalism. The few Europeans who had dared to settle were struggling to survive. The story of a man of ambition who was given power, which hadn't been known since the days of the Roman Empire." - National Film Library Catalogue

The show had its own TV Tie-in novelization, with a cover that makes it look like a Mills and Boon production.

Since March 2022 the full series has been available to watch via NZonscreen - excellent! 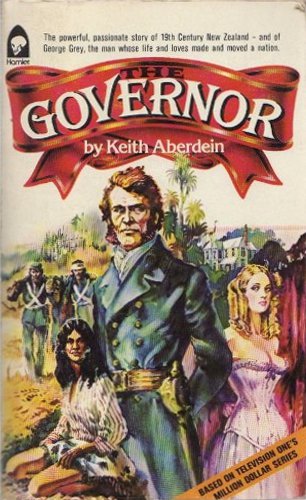 1) The Reverend-Traitor (29/10/1978[R])
The signing of the Treaty of Waitangi with many natives has not brought order to the new colony, and to prove it "some chief" keeps chopping the English flagpole down. Missionaries like Heny Williams are reluctant to accept the new settlements springing up, and turbulent warriors like Hone Heke and the old man Te Rauparaha are in open rebellion. .At the age of 28. George Grey is made the new Governor - he has been handed the power, and he intends to use it.

No Way to Treat a Lady (5/11/1978[R])
Eliza Lucy Spencer expects a great change in her life alter being rescued from the isolation of small town Australia by marriage to the young explorer and government agent, George Grey. Isolated colonial settlements seem no way of life to a lady with ambfllon, but Gray is determined to make his career in Australia or New Zealand. The clash of wills leads them towards tragedy, especially when Eliza discovers that husband ls not above leading the Victorian gentleman‘:s double life.

3) The Mutinous Lieutenant (12/11/1978[R])
Gey is planning the introduction of self-government to the colony in his own way and his own time, but his plans are disrupted by the arrival of a Lieutenant Governor. The Colonial Offcie, much to Grey's disgust, has appointed Edward John Eyre - a somewhat awkward but ambitious man, who is well-known for his signle-minded explorations across Australia.

4) He Iwi Ko Tahi Tatou (Now We Are One People) (19/11/1978[R])
Out of a growing sense of the loss of land there begins to emerge a Maori nationalism, controlled by a chief called Wiremu Tamehana.

Thousands o British troops have come to fight the war against the Maori under the leadership of General Sir Duncan Cameron. A the General leads his men through the major battles of the war he becomes increasingly disturbed by what he sees. Not only are his own men dying, but his supposedly savage enemy is persiting against impossible odds with high courage and unquestionable chivalry

6) To the Death (3/12/1978[R])
Isolated now on his island home of Kawau, Grey is growing old; the years and the laudanum have taken their toll. In the midst of his despair and loneliness there is a chance to return to a position of power. Perhaps it is too late to renew the battle for the ideals he once cherished

The microfilm referred to when collating this information was not the clearest to read so my apologies for any misspelling of names.

In 1977 The Governor was the most ambitious drama series ever produced in New Zealand television history. Writing in 1985, when episode one was rebroadcast as part of TVNZ’s 25-year celebrations, Roger Moroney put it succinctly, “Undertaking the six-part series was, for television in this country, the equivalent of a boy going on from a couple of weeks at Outward Bound to have a crack at the north face of the Eiger. It was expensive, and critically received. What should have burst upon the international programme buying market as a blockbuster for New Zealand television production merely sat about in the shelves, waiting for 25 years of television to go by so it could have another airing.” — Daily Telegraph, 27 June 1985

Even before it was broadcast The Governor was controversial. The Prime Minister Robert Muldoon, attacked the programme and what he saw as the producers’ ‘spend, spend, spend’ attitude. Muldoon was so incensed that he ordered a Parliamentary public expenditure committee to investigate budgeting and the control of expenditure in television.

Commenting on The Governor in 2000, Lawrence McDonald wrote “The negative fallout from The Governor (alleged budgetary blowout of $1.4 million, ‘excessive’ nudity and violence, controversial Trotskyite lead actor, etc), which attracted the ire of Prime Minister Robert Muldoon, effectively spelt the end of such ambitious historical dramatised documentaries on New Zealand television. Apart from the series Pioneer Women in the early 1980s, there has been nothing quite like it since.” And it still holds true. — Diane Pivac

A making of documentary is also available to watch at nzonscreen 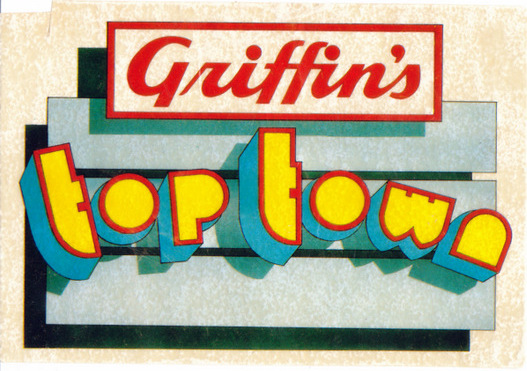