The Audience Is Part Of The Show, Too

AKTVZ’s latest children’s programme, Button On, Button off, is NZBC’s first venture into a new field-a weekly Television Club for young viewers with membership open to children throughout New Zealand.

So far (29 April, 1986), the response has been excellent, with well over 3,000 letters reaching the studio in the first three weeks, and if the present high standard of the series is maintained, it should have every chance of further success.

Introduced by hostesses Milli Adams and Irene Wood, the programme is balanced enough to appeal not only to the 6 and 7-year-olds at which it is aimed, but also to the 4 and 9-year-olds who may also apply for membership.

From the beginning, the young viewers are actually involved in the programme - not merely watching and being entertained. To gain membership to the club, each must complete a specific task, before receiving the official badge. Throughout each show there are things to do and make.

As well as keeping viewers involved directly, the Button On, Button Off! camera team visits places of interest such as factories, the zoo and even the harbour, and it is hoped in future to introduce personalities who will be of interest to the children.

Every second week, the programme features its own Junior News and members are asked to supply their own news items. As an added incentive to participate, the reporters whose items appear on the programme are awarded a special News Reporter Button.

Musical interludes in the series are provided by a resident group, The Thymepickers, led by 17-year-old Jonathan Flaws, with Robyn Baker and Barbara Whitford, both aged 18.

The "junior member" of the cast is an engaging puppet, named Bobo who is described as looking something like a panda, but who emphatically assured viewers in the first programme he was a "Bobo!"

Button On, Button Off! is produced and directed for NZBC by Michael J. Devine, who last year produced the popular We Three Show.

As well as presenting the show, Milli and Irene also write the material for it and both are well-qualified in the fields of writing, teaching and drama.

The show's resident musical group. the Thymepickers, swing into action for one of their popular folk songs.

Milli watches, paint pot in hand, for a cue from Stage Manager John Wanbrough, while Irene prepares to read a story from Lewis Carrols Through the Looking Glass.

Producer Michael Devine joins Milli and Irene for a chat with Bobo, the puppet.

Karen, a visitor to our site, recalls:

I remember a children's programme in the late 1960's or early 70's called Button On, Button Off. It was hosted by an elderly gentleman (who had a look of Colonel Sanders!) and some children. You could send away for a button (badge) and I did receive one.  It was taken off the air without warning, I still remember the day when I was waiting for it to come on, and it never did again! 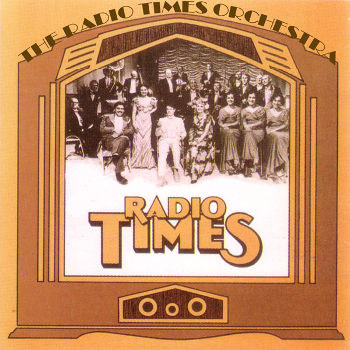