. . . I'd rather not be in front of the camera. I'm only there because this is the best way of my getting something pretty important across to an audience . . .

The New Zealand Press, for long enough, loved to print opinions from anyone at all praising its high standards. It was a rather one-sided habit. But now the public is getting the other side of the picture--in the NZBC's Column Comment, a hard-hitting seven minute programme written and spoken by Ian Cross of Wellington.

Lively, frank, witty, Column Comment is itself one of the few "opinion" programmes produced by NZBC that can be described as successful on all counts. From this side of the screen, viewers get the impression that the success of the programme hangs on the Cross personality. But he himself is quick to say:

Remember, this is an NZBC programme-not an Ian Cross programme. I've been complimented on my independence, frankness, forth rightness, all that. But these are the characteristics that the NZBC has allowed me to exhibit.

Television, it should be noted, is beginning to give New Zealand more honesty and independence than any other medium, and people respond to this, and respect it. I'm essentially a writing man, a lover of the printed word; it almost hurts me to hear so many people responding to the spirit of television when I know that newspapers could gain just such a response by vigorous, open-minded, intelligent journalism instead of the stereotyped stuff that is dished up daily.

Actually, television today-at least the best of the documentary side of it has something the same flavour of nineteeth century small-town journalism, when the editor was writing, about subjects as though he'd discovered them, expressing opinions as though this was the first time they'd been offered to the world. If newspaper journalism could recapture that spirit, people would respond. Any medium is a vehicle for people who want to say something. Once it becomes the handmaiden of interests who have nothing to say, but desire to regulate what other people say, and how they should say it-that medium is in trouble, Cross says.

A former newspaperman himself, he retains a warm enthusiasm for newspapers, which shines through even his more sharply critical comments. Of course editors and others who come under fire are not so pleased. He has found, nevertheless, reaction from both within and without the newspaper industry surprisingly good.

He denies that he is a personality or even a talker.

What has helped me survive the medium, despite a fundamental lack of histrionics or presentation flair, is I suspect, for better or Worst, I say what I think, and make sure that I'm being honest. If you're going into a person's home, you can't go three to shoot a line or show off. I spend Saturday morning organising my script; all my thinking is done in advance It's got to be, because so much has to be packed into a comparatively short time. Believe it or not, I'd rather not be in front of the camera. I'm only there because this is the best way of my getting something pretty important across to an audience. 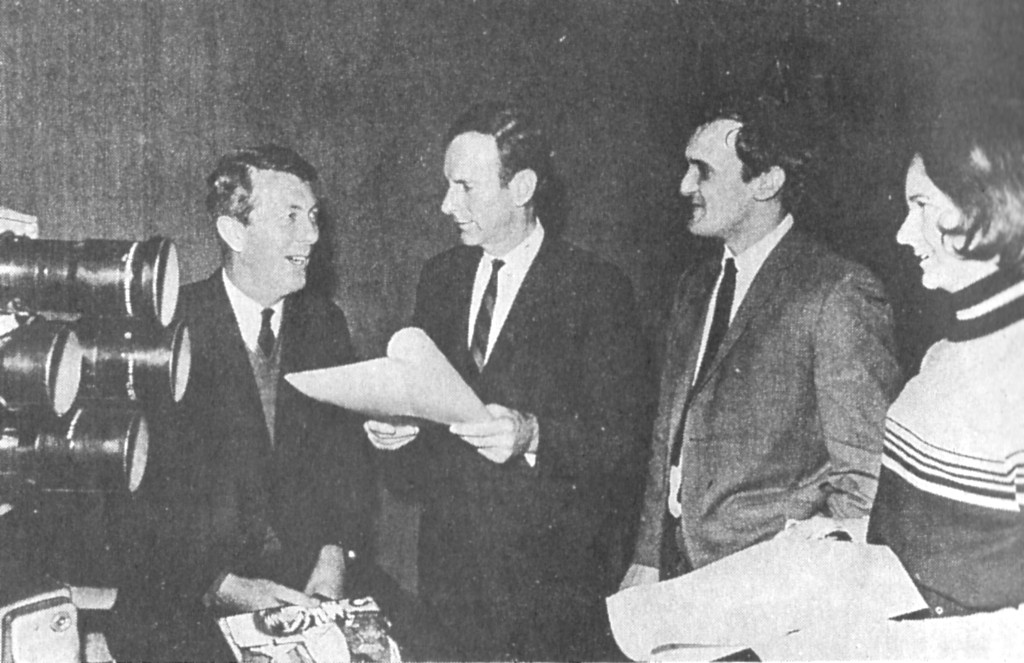 Cross was born in Wanganui in 1925, but he now lives, with his wife and family of four boys, in Wellington where he is public relations officer for Felt and Textiles (N .Z.) Ltd. He says that, having no talent for anything but reading, he expected to grow up to be a failure as a farmer. After taking an agricultural course he decided he would rather fail in some- thing else, so found a job on The Dominion the Wellington morning newspaper. He and a friend, Keith Berry, worked for a time on a banana plantation in Costa Rica and then on a Panamanian newspaper owned by Dr Roberto Arias (later to become well-known as husband of Margot Fonteyn). Returning to New Zealand, he worked on the Labour daily, the Southern Cross, before rejoining The Dominion, and becoming its chief reporter. In 1954 he was awarded an associate Nieman Fellowship in journalism which took him to Harvard University for a year. He became interested in writing flction and started work on his flrst novel, The God Boy, which won wide critical acclaim when it was published. After leaving The Dominion, he became public relations offlcer for the Police and Justice Departments, and did much to brighten the rather blotchy image of those departments in the late 50s. In 1959 he was awarded the first Robert Burns Fellowship at Otago University, and worked on his third novel, After Anzac Day.

Besides initiating the Column Comment programme on television, he has also written a television play, Momma's a Good Girl, which will be seen later this year.

This short recital of what is already a distinguished career points to an original, creative and disciplined mind. The 6ft 3in Cross towers above his contemporaries. Some of his fellow-journalists see it as perhaps the strongest indictment of the newspaper industry that it has allowed such a talent to depart for greener pastures in public relations.

On the future, he says he has only a few nebulous ideas. Much depends on the time he has got.

Remember, television is only something I do in my spare time. But I'd like very much to do visual and sound essays on eight or nine New Zealanders: work with cameraman and director, and construct a series which would help New Zealanders know what kind of people we are. New Zealanders have not got this kind of self-knowledge yet. Television could give it to them.

He says of Column Comment if, finally, it has helped New Zealanders to realise that flrmly-held beliefs can be expressed openly, even if they do seem to contradict, or run counter to, orthodox thought, then I'd be happy- I'd say that the sooner journalists become men of business the better- they should be much more aggressive in general management and direction of newspaper affairs. At present, you find that management of a newspaper is in the hands of a man who is trying to flnd out what journalism is all about; he might even have been trying for 30 years, and still doesn't know. I think it would be better if the journalist found out what management was about-and combined this knowledge with his talent, and direct the production of a darn good paper. Too many New Zealand papers are directed by journalistic amateurs.

Ian Cross can be seen in TV's Column Comment from all channels, on Wednesday nights at 7.50 (approx). 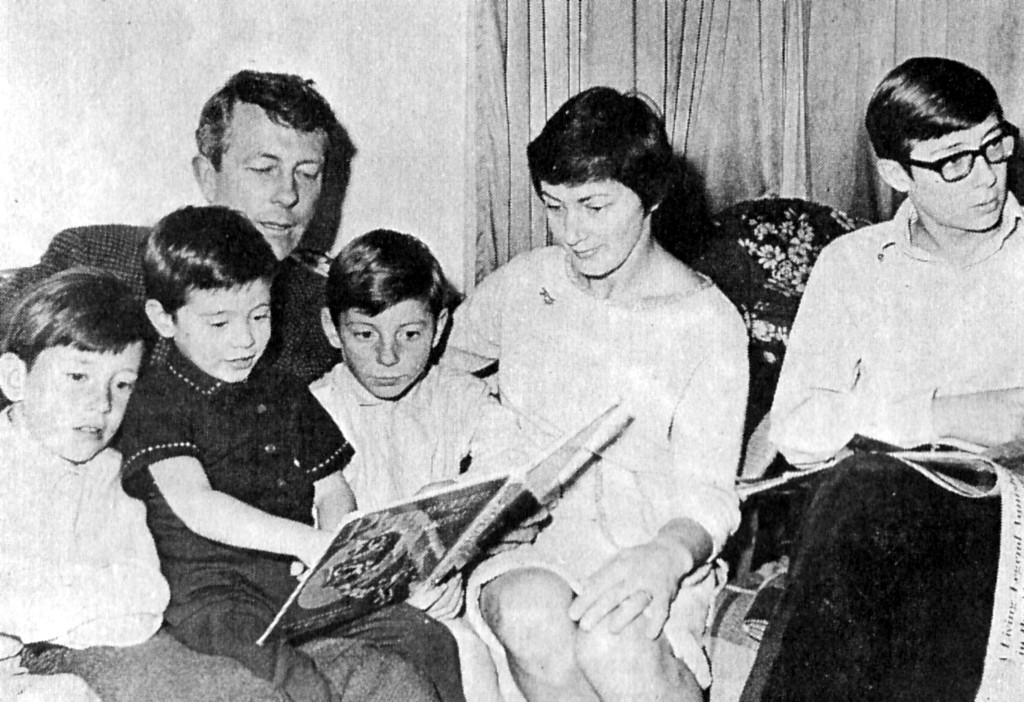 Ian Cross and his wife, Tui, at home with their family. From left: Robert (7), Andrew (3), Michael (9) and 14-year-old Grant, who appears totally disinterested in children's stores. 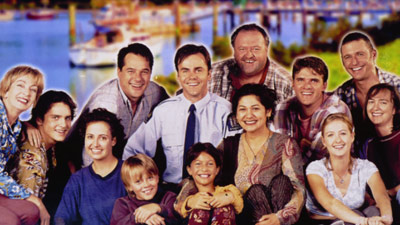