Accepting the task of judging the kidiwinks at a competitions festival has always struck me as a fairly extravagant sort of penance, but a new hazard has come into the life of judges as the result of television. Out of the local comps came their complaint that whenever a precocious poppet felt his or her act was flagging a bit, they'd come out with a "Whee!" and old Dino's addled expression. Seems an awful lot of mums all thought they'd figured out the gimmick to ensure Little Willy's success . . . .Occasional TV announcer, composer and radio stalwart, Les Andrews, in Sydney for a spell . . . . Can't understand why so many critics have been carping at Graham Kerr for preferring to perform in Australia rather than here. Basis of their criticism is that N.Z. made Kerr so it's up to him to stick with us. Isn't it just a minor part of the Brain Drain? Can you blame the man for picking up the big dollar rather than the little cent? Especially when he is in a business where fame and popularity are transient and already there are nasty shadows on the sun, such as the recent comment of Sydney Sun critic Mike Baker: Mr Kerr tires me. He has a way of emphasising every word he utters. He may have said absolutely nothing, but you'd think he'd outdone the Gettysburg address . . . The show is called Entertaining with Kerr, but it doesn't entertain me one little bit. In fact, it almost gives me indigestion. . . . Plan for projected Top Town quiz cooked up by Bute Hewes sounds a bit complicated. Head office will have turned thumbs up or down by now, but it's a fair bet that a giving of the green light will be accompanied by an instruction to make it simpler and stick as far as possible to the studio . . . . Glad that fast-worker Kevan Moore's Cameras on Campus series didn't have to languish on the shelves for a lengthy period before getting to the screen. Which brings up the thought: What happened to the face-to-face interview series Cherry Raymond went to Australia to record? . . . Town and Around front-man Keith Bracey and TV columnist John Berry teaming for a trumpet duo at the Entertainers of the Year Ball. They tooted together as 17-year-olds, but neither has got in much practice in the intervening years.

Ian Cross finished his Column Comment series on a high note and viewers can expect a return later on-but this depends to some extent on whether the NZBC continues to try to cut costs on the programme by skimping on the graphics. It's strange to think that a corporation which made a $3 million profit should be so penny-pinching on what viewers obviously have regarded as one of the most interesting home-produced programmes. . . . . Local Wellington newspaper suggested that the corporation should start thinking of reducing licence fees, in view of its hefty profit. Much remains to be done, however, in the way of expansion, perhaps a second channel, certainly new studios and equipment, reception of satellite transmissions, and ultimately colour television. The corporation has already spent $11 million on capital development for television. Some commentators noted that while the corporation's profits went up, the amount of taxation paid went down. This points up the value of having an accountancy-trained Director-General. . . . . Rugby fans believe that the corporation could spend some of its cash in hand in improving telecasts of Rugby. Admittedly filming Rugby is never as simple as with other major sports such as cricket or tennis. But some recent film of top matches has been largely a waste of time for all concerned. The corporation, the same fans will be relieved to hear, has made arrangements with the BBC for early receipt of full-length films of the four internationals to be played by the All Blacks in Britain later this year. These will probably be screened on the Sunday following each international. It is expected that ten-minute films of other matches will also be available. .- . . . A new series of the BBC's Man Alive documentaries includes such lively topics as stress in marriage, premarital love. . . . . NZBC has bought a series called Thirteen Against Fate, based on Georges Simenon thrillers. . . . . Another series of long-distance runner David Janssen in The Fugitive should begin next month. . . . . E. M. Forster's novel Where Angels Fear to Tread, has been brought to the small screen, and should be seen in this country in due course. . . . . Chris Bourn, who has shot many scenes on location for the Golden Disc award show says the concept this year owes something to The Monkees. He has gone out of doors to break away from the confines of a studio presentation. The show will be seen on all channels on November 2. . . . . Mike Minehan after being the anchor man on WNTVl's Town and Around for many months, is moving on to the national scene as a reporter with the Compass team

Austin Mitchell's return to Britain this month leaves a slot in local TV that will be hard to fill . . . or will it? Could be more than coincidence that Naylor Hillary is handling political and world news for CHTV3's On Camera and making a good fist of it. A University of Canterbury political science graduate, Hillary has already started to demonstrate that he has the knowledge, personality and wit to step into the shoes of that other political scientist, Dr Mitchell, who, no doubt, will be as big a loss to the University of Canterbury as he will to NZBC TV. More than incidentally, Naylor's wife, Gaye, is a member of Christchurch's NZBC news team and is frequently involved in TV interviewing. Naylor also has a news background having been in daily paper work . . . . Talented local actor Don Farr, a fairly familiar face and voice as far as NZBC viewers and listeners are concerned, has joined the new Christchurch theatre group, the Christchurch Theatre Ensemble, as artistic director. The group has been set up as part of the Christchurch Theatre Centre . . . . The local news team excelled itself recently with an unscheduled report from the City Council Chambers on Christchurch's development plan. It was an on-the-spot job and perhaps the best local example of "instant" news so far . . . . Christchurch, certainly, is not going to be fobbed off on the question of school TV. The Secondary Schools' Council is maintaining the barrage opened by Hillmorton months and months ago. The council recently decided to ask the Director-General of Education, Dr K. J. Sheen, when experimental TV broadcasts will be made to schools. Local education authorities are getting more than a mite impatient and it looks as though they intend to keep on worrying this particular bone through to the last splinter . . . . Due to appear in the Looking at New Zealand series any time now is a film of Akaroa, Canterbury's French settlement on Banks Peninsula. A camera crew spent a couple of days there recently looking and filming the unusual. This one should stimulate visitors to Christchurch to have a look at Akaroa for themselves. It's not only interesting but extremely pleasant and has not received half the publicity it deserves . . . . Latest body to jump on the Maori place names bandwagon is the North Canterbury Methodist Synod. You've probably guessed it already: Synodsmen want them said right too . . . . For what it's worth, Christchurch had 2,886 more TV sets than Wellington at the end of July . . . . News that the NZBC made a $3.5m profit last year stimulated only one local newspaper correspondent to ask why the corporation was not prepared to fork out a million to receive overseas programmes by satellite. Surely he was not the only viewer left unsatisfied by the local menu?

DNTV2 sporting personality, Peter Sellars, really takes his job seriously and shows a tremendous amount of enthusiasm when it comes to supplying his listeners with interesting information. Recently he made a trip to Wellington for the All Blacks' jubilee rugby match against Australia and while there he taped a series of interviews to be played before each of the tests during the All Blacks' tour of Britain and France in November and December. During the interviews Peter will speak to personalities from each major international rugby fixture which has taken place since 1905. . . . . Locating these former players and interviewing them seems a big enough task in itself but in addition to this, the 15-minute radio programmes will also include comments, reviews and statistics about the games. Peter Sellars will be familiar to viewers on other channels through-out the country, too - he recently interviewed two of New Zealand's top present-day All Blacks, Kel Tremaine and Colin Meads. . . . . There's probably a very good reason for it, but it would be interesting to know why Dunedin was left out of the series of New Zealand plays currently being produced and shown throughout the country. DNTV2 has made a fine job of locally-produced shows in the past. . . . . Town and Around personality, Kevin Mills, was office work briefly a few weeks ago and a recent Town and Around programme showed what could have been the reason for it. Kevin interviewed a goldminer who had developed a new method of mining underwater. At the end of the interview Kevin traded his microphone for the miner's hand dredge and was last seen, face under-water, heading up-stream in search of his "fortune." 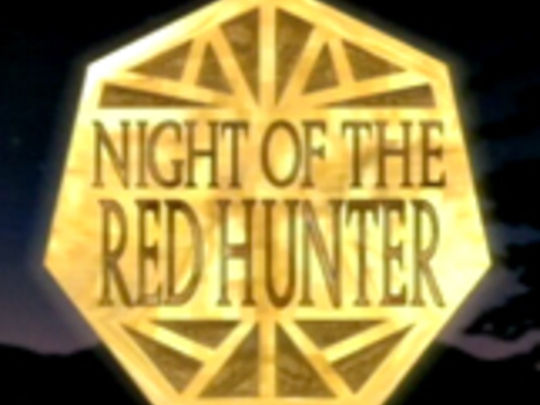