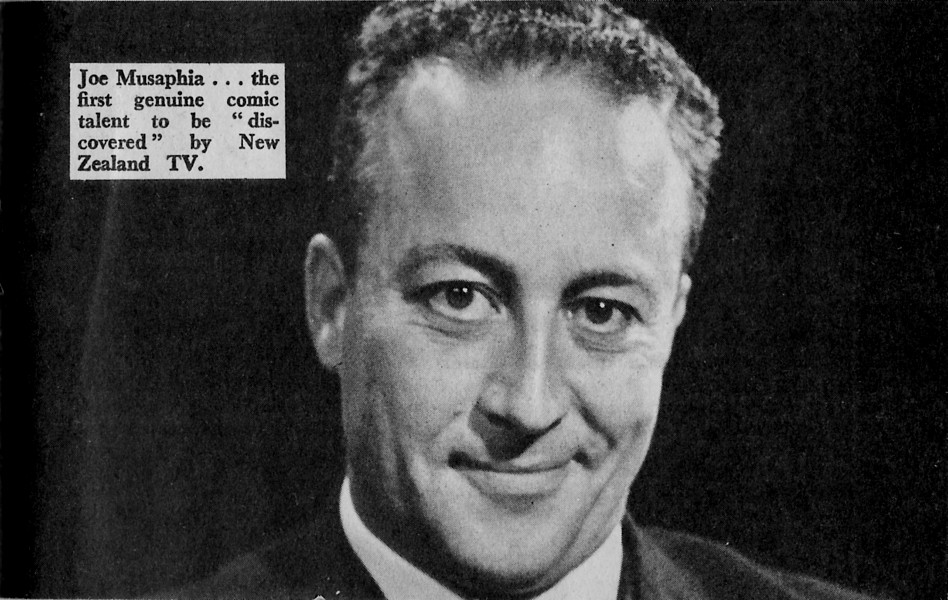 Meet Joe Musaphia - The Serious side of comedy on TV

A TV comic, to most people, is a gay extrovert throwing oil gags. telling rib-cracking stories, and tossing in a few hand-stands for good measure.

The more discerning viewer of course. looking at, say, the credits for a David Frost Show with his 14 or so scriptwriters, knows it is not all as spontaneous as it appears.

Meet a TV comic in person and you discover just how hard he has to work to raise those belly-laughs.

Joe Musaphia is the first genuine comic talent to be "discovered" by New Zealand Television. And the thing that surprises you about him is his seriousness. He has a big, slightly leonine and rather sad face. In the street he looks just another New Zealander. It's only in close-up you get.the measure of his mobile, wonderfully expressive features.

Unlike The David Frost Show, the NZBC's In View of Circumstances had only two scriptwriters - Joe Musaphia and Roger Hall. They wrote the material for the sixty-odd sketches that went into the six-part series and many more that producer Terry Bryan turned down. Joe, in addition, appears in many of them

Though viewer reaction has been uneven, In View of the Circumstances, as a pioneer effort, has broken new ground - and it is to be hoped the NZBC will be encouraged to press on with the development of the Musaphia talent.

In View of the Circumstances had its genesis last November when a short audition programme was started. And then in February and March, the writers, with the producer, got to work on the scripts, and by April taping of the programme began. Four months later the series was completed - and the cast exhausted. It has been a marathon effort behind the scenes.

Joe Musaphia, as one would expect, is an interesting character. He was born in London in 1935 and left there with his family in 1938 to settle in Australia. We lived there until we came to Christchurch in 1946. After eight years there I moved on to Wellington where apart from a couple of years in London I have been ever since.

He began work as an apprentice motor mechanic, then became a truck driver, and did all sorts of labouring jobs. He worked in shops and then turned his hand to commercial art. During this period he draw cartoons which were published in The Listener. He wrote a play Called Free which Richard Campion produced for the New Zealand Theatre Workshop. After that I threw up everything and took up writing.

Without any training? So far, yes - and the eyebrows twitch whimsically.

He has written about 30-odd plays for radio - the only paying market open to him.

I asked him how he and Roger Hall co-operated on In View of the A Circumstances. Actually, each of us submitted our own sketches. The producer selected the ones he thought were best. We might discuss them together, change a few lines, and then let the actors loose on them. I prefer to work on my own.

Where does he get his ideas from? I have a bookful of ideas. I keep filling it up. I read a lot, listen a lot, look a lot. And from this collection of ideas I try to, switch one into a radio play or a TV idea, whatever I can.

What are the problems, the difficulties, in writing a Television revue?

Well, the real problem is that there is no precedent at all for this yet. We are in a completely new field. We have got subjects that no one else has touched because no Kiwi has written about New Zealand in this way.

It is going to be interesting to see, once we get our faces and our style accepted, what we can do. If we become a little breeding ground for this kind of show it will be really first class.

Joe says that TV is without a doubt the most satisfying thing he has done. Before In View of the Circumstances he did a children's show. That was really a two-year apprenticeship. It taught me all the technical side of TV that I feel a writer should know. I enjoyed it immensely. It was a crash programme in Television for me.

He says he likes many different kinds of: humour - the Goons when they started, the Tony Hancock show, Peter Cook and Dudley Moore, Charlie Chaplin, Thurber - as long as they give me a good laugh, that's all I am after.

As for Joe, he writes just what he thinks he would laugh at. This is the only judge in the end. Does this strike me as funny? I am very lucky if someone else laughs at it.

What motivates him? The driving force is that old bank balance. That is the dictator. It is as simple as that.

Although he has found TV satisfying, his main ambition is to write stage plays. This is what I want to do more than anything else. But I feel I have to get on to a decent plot. I feel I will come down on it soon, but I am still working on it.

New Zealand of course offers little scope for. a writer. Joe himself is heading into his tenth year as a freelance. During that decade he worked for a couple of years delivering groceries every morning. He also did a national tour, with the New Zealand Theatre Centre with Oh, What a Lovely War. There was a bit of money from that, he says.

He gave up the world of advertising after he wrote the play Free.

I wanted to write and I decided this would suit me fine. I felt I really could express myself, for what it was worth, as a writer. Once I had given up the job, I applied for a State Literary Fund grant. They gave me £250 and I felt that was enough to. keep me going for six months. I was single then. I tried my hand as an actor because I figured that if I was going to write I should have some idea about acting. I joined Stagecraft Theatre in Wellington. They were very good to me. That- was the start for me as far as acting was concerned. I never looked back. 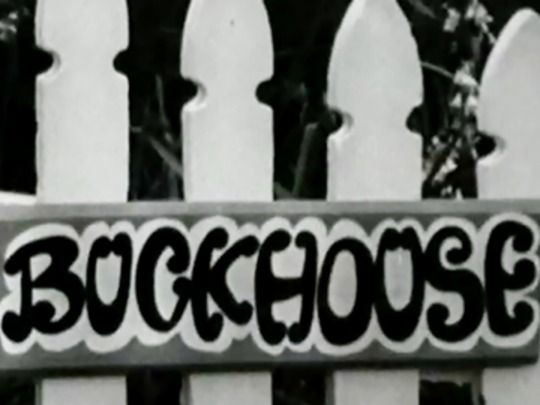