Children's adventure show based on the Terry and the Gunrunners book. 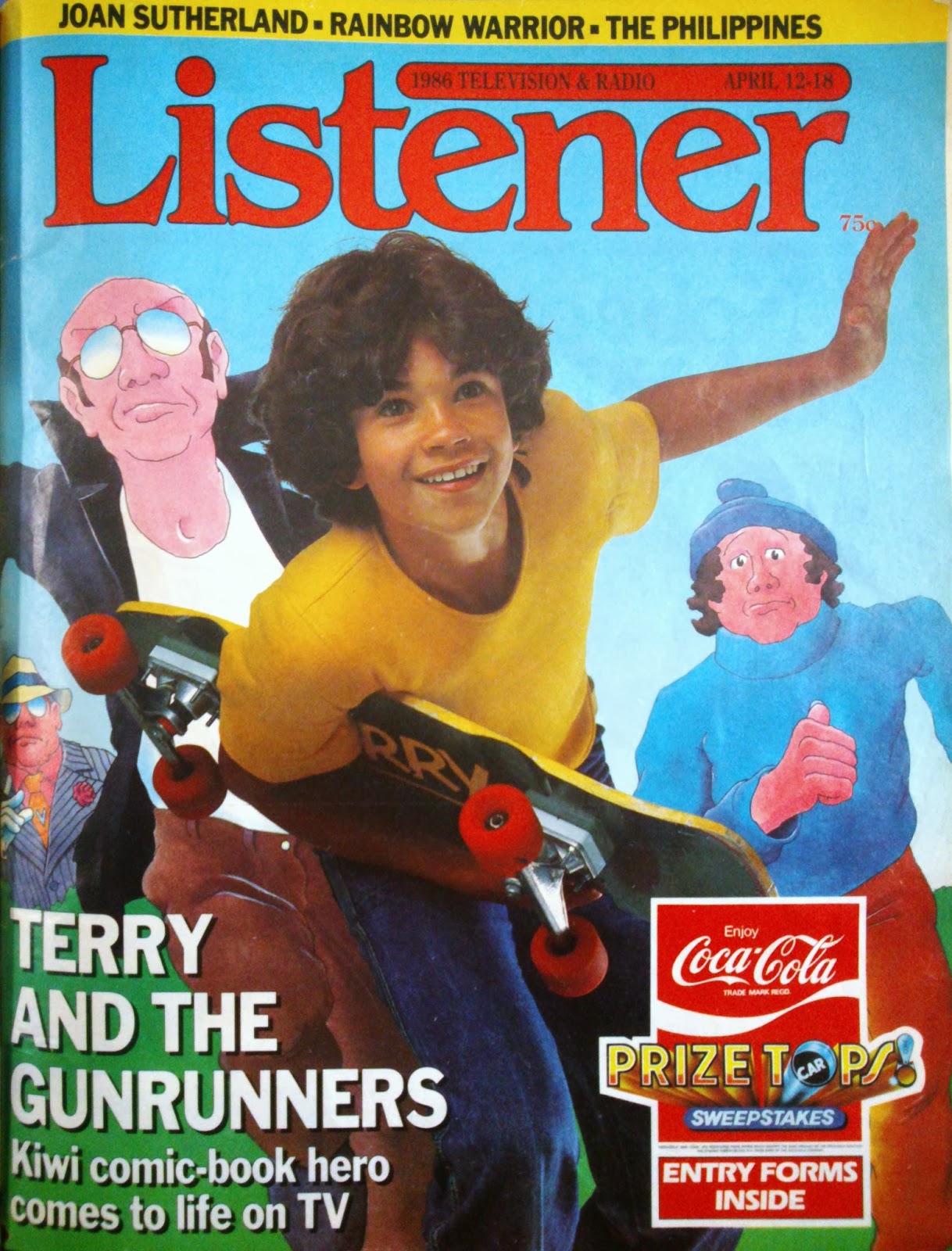 An item from Post Office magazine records the filming that took place at Musick Point, Auckland This “explosion” at Musick Point drove back a police attempt to enter the beach house of property tycoon, and gun smuggler, Ray Vegas, during filming of a children’s television series, Terry and the Gun- runners. By arrangement with the Post Office, the setting was provided by Auckland Radio and its surrounding park. Fred Gates, manager of Auckland Radio had a few worried moments. “They first did a trial explosion in the middle of the paddock,” he said of the enormous explosion and fireball. “That didn’t do anything to ease my mind.” He began wondering how he would explain the disappearance of his building to the Director General. However there were no real problems during the ten days the station was on camera and Fred says he’s pleased to report there was absolutely no damage at all. “The film crew won full marks for the way they co-operated with the station people and generally took care of the grounds during their stay.” And why did Musick Point suddenly become a gangster’s beach house? “They were looking for a building which would look like a mansion, in a relatively isolated area, with trees and grounds.” Auckland Radio fitted the bill perfectly it seems. Thanks to Ann Walker of SARC for providing a scan of the article.

The Return of Terry Teo

Young people are the big winners from the latest NZ On Air television funding decisions. They’ll be treated to two local drama series in 2014 including the return of popular character, Terry Teo.

Terry Teo, a six-part drama for TV2, reprises the tale of a savvy teenager surviving the mean streets of Auckland which first emerged as a comic in 1982, then a much-loved live-action series in 1985.